Ford CEO: We’re Not Ready for Self-Driving Cars Yet

President and CEO of Ford Motor Co. Mark Fields delivers a keynote address at the 2015 International CES at The Venetian Las Vegas on Jan. 6, 2015 in Las Vegas,
Ethan Miller—Getty Images
By Alex Fitzpatrick

Fields’ comments put Ford at odds with several of its competitors, which have increasingly used the annual technology confab to showcase the latest in automated driving technology. Earlier in the week, Audi successfully navigated what it calls a “piloted vehicle” from San Francisco to Sin City on highways without input from a human driver. BMW is showcasing a smartwatch app that lets users hail their car from a parking garage automatically. And Volkswagen has technology that learns drivers’ parking habits, such as pulling into the same driveway every night.

Fields said Ford isn’t interested in making a “marketing claim” of being the first to make an automated car if that means the vehicle isn’t accessible to a wide range of consumers. He does, however, believe “there will be a fully autonomous vehicle on the road sometime in the future.” But, for now, Ford is focused on bringing more semi-autonomous features to its more affordable models, like the parallel parking assist feature that the firm has included in some vehicles for years. This, said Fields, complement’s back to the company’s original mission: “Henry Ford was all about democratizing new technology.”

Ford is spending the week showing off its revamped in-car infotainment system, Sync 3. Sync, which lets drivers and passengers control music and temperature, look up directions and more, is getting better at understanding normal human speech, the company claims. Whereas drivers might have previously had to say “P.F. Chang’s Chinese Bistro” to chart a course to dinner, now a simple “P.F. Chang’s” should work, Ford says. “CES has become just as important for us” as major car shows, Fields said, noting that Ford was the first major carmaker to appear at the show. “It’s a great venue for us to showcase our innovations,” he said, adding that the show lets Ford be “part of the [technology] community.”

Sync is a big selling point for Ford. Drivers increasingly care more about in-car technology than things like horsepower or handling, according to a 2013 survey from research firm Accenture. And Fields says a majority of Ford customers reported it was a major factor in their car-buying decision.

The revamped Sync, which should find its way into some Ford models by early 2016, is launching just as Silicon Valley firms are making a play for control of the dashboard. Apple’s CarPlay and Google’s Android Auto both do much the same thing: turn a car’s display screen into an extension of the phone’s interface. On the show floor, both services appeared to make marked improvements over what most consumers may have gotten used to over the past few years.

Nearly 30 automakers—including Ford—are signed on as CarPlay and Android Auto partners. When asked about any potential tension, Ford Vice President of Global Product Development Raj Nair downplayed the idea that Ford might be worried about Silicon Valley firms taking over their cars’ dashboards—and access to valuable consumer data with them. “It’s about giving [consumers] the choice,” Nair said. 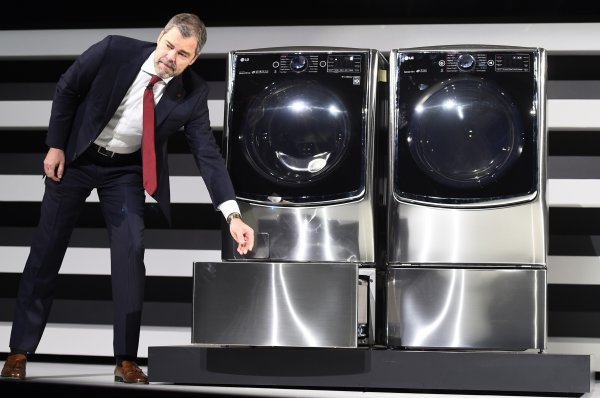