Why Venezuela Has Run Out of McDonald's French Fries

A Quarter Pounder meal is served with arepas or corn cakes at a local McDonald's, in Caracas, Venezuela, on Jan. 6, 2015.
Fernando Llano&mdash;AP
By Jack Linshi

Venezuela is the latest country to be hit by a shortage of McDonald’s french fries.

Each of its 100-plus McDonald’s franchises have run out of fries and replaced them with alternatives like yuca fries, much to the dismay of some customers, the Associated Press reported Tuesday. McDonald’s blames the shortage on a contract dispute that has halted frozen fries from being shipped into the South American country.

McDonald’s said it is working to end the fry shortage, which experts say is tied to Venezuela’s difficult economic situation, particularly its strict currency controls. Still, data compiled by the U.S. Potato Board shows that during the first 10 months of 2014, Venezuela imported just 14% of the frozen fries from a top McDonald’s supplier that it did during the same period the year before.

Meanwhile, Burger King took the opportunity to remind Venezuelans via Twitter that their chains still offer fries. The Venezuela scandal comes weeks after McDonald’s in Japan was hit by a similar lack of fries, due to a labor dispute that restricted the supply of shipments. 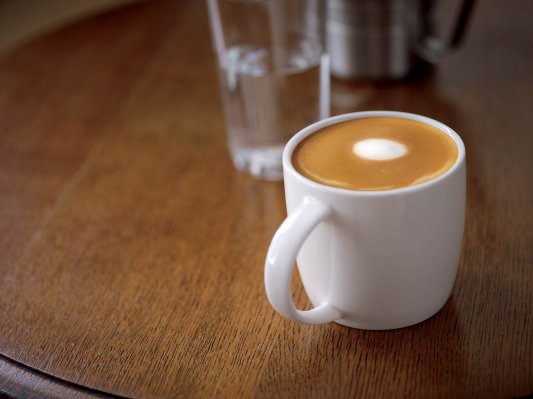 Everything You Need to Know About Starbucks' Newest Drink
Next Up: Editor's Pick