Restaurants are starting to use digital technology for self serving regarding the customer seeing their menu, ordering and paying their bill.
Roberto Machado Noa—LightRocket via Getty Images
Ideas
By Marty Nemko

Last year, at the Society for Neuroscience conference, I gave a talk on how to find work. I expected 20 or 30 people to attend–after all, it was just a concurrent session. Four-hundred and fifty people showed up, mostly people with hard-science PhDs. After the session, about 75 of them lined up to talk with me—most of them telling me they were having a hard time finding a job and wanted advice.

On the other end of the professional continuum, an article in Forbes reports, “When Walmart opens a new store, it’s not uncommon for as many as 10,000 people to apply for just 300 jobs.”

And as a career counselor, I’ve been struck by how, increasingly, even well-degreed, well-experienced people are having a hard time landing stable, middle-income-paying, employment.

What is to happen to the billions of people who, by definition, are below average in hireability?!

Without a broad-based plan for ensuring reasonably remunerative and otherwise rewarding work, there is increased risk of social unrest, especially given the expanding gap between rich and poor and the crushing college student debt, which isn’t even dischargeable through bankruptcy.

This five-part plan, some of which was covered previously, might help:

2. K-16 vocational education. For fear that we might prematurely place someone in a not-college-bound track, we force all students to take a one-size-fits all curriculum: college preparatory. That’s true even though we know that even by the early grades, fairly accurate predictions can be made about who will likely be better off in a path not aimed at college—for example, a path that would teach kids how to build, install, operate, maintain, and repair the sorts of complex equipment that is described above, plus MRI machines, car assembly robots, etc. Of course, there will be occasional wrong guesses about which child should go in which curriculum, but far fewer errors than by ignoring the probabilities and insisting that everyone get a college-preparatory curriculum.

4. Educate the public to embrace “mosaic careers.” Of course, full-time, stable jobs offer advantages: Many people like having a routine, a regular place to go to work, a job they can grow comfortable in, coworkers that become friends, whom they pass the years with. Alas, for many people that may be impossible in today’s and especially tomorrow’s economy.

Many people so dislike the idea of earning their living from multiple part-time, low-pay, often temporary jobs that they’d rather be unemployed. Other people are daunted at having to look for multiple jobs, perhaps frequently. Those are legitimate concerns, but mosaic careers do have advantages, for example, variety, flexible schedules, and more learning opportunities. Perhaps a campaign of public-service announcements, a la the anti-smoking and anti-drug-abuse initiatives, might convince more people to pursue a mosaic career.

5. Educate the public on the value of and how to live on less. The public may need to accept that The American Way–trying to spend your way to happiness–may be not only unrealistic but unwise, if not a fool’s game. Beyond the basics, most people find their greatest contentment through rewarding work, relationships, and creative outlets not through an expensive hobby like golf or a 20th pair of shoes. 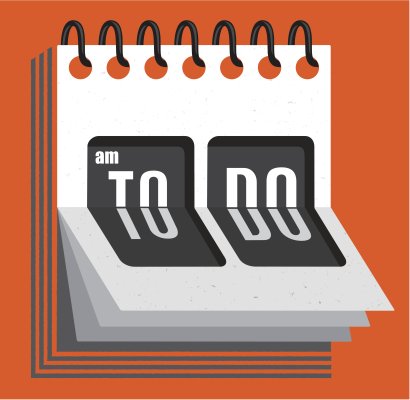 The Simple Calendar Strategy to Achieve Work-Life Balance in 2015
Next Up: Editor's Pick