Lee Daniels is best known as the filmmaker behind gritty independent films like Precious, but his new project is the slick primetime drama Empire, premiering Jan. 7 on Fox, which he co-created with Danny Strong. Daniels recently spoke to TIME about the show, and how — despite not being independently made — it’s a personal story. The Shakespeare-inflected tale of record mogul Lucious Lyon (Terrence Howard), his ex-wife Cookie (Taraji P. Henson) and their sons Andre, Jamal and Hakeem, often draws on stories from his own life. And, he tells TIME, the show is already making a difference toward his larger aim of increasing tolerance among its audience:

TIME: You’ve told a story about trying on your mother’s shoes as a child. There’s a scene in the Empire pilot that sounds very similar to that episode, where Lucious reacts to seeing his young son do just that…

Lee Daniels: I was terrified of that scene. My sister was an extra — she’s in the scene — and when the kid put the shoes on, having him walk in front of his father, I had a meltdown. I was crying at the monitor because it happened, you know. My soul left my body, I was looking down, it was a weird moment, I couldn’t direct it, and my sister knew instinctively because she had lived it. She said, ‘Okay kid, put the shoes on, put your hands on your hips, and swish like this.’ I was terrified and it took me right back to a place of truth, which is what this show’s about. There’s nothing in it that’s fake. Every person who’s on that screen is someone I know.

Is that character, Jamal, the most you?

I’m a little bit in all of them. I can’t tell you what Jamal is going to do but he’s pretty bad-ass. He’ll end up what I want to be.

How has your experience as a parent influenced the way you create a family story?

The Hakeem character is based on my relationship with my son. We were having a very difficult time at it. I don’t know how not to work, but he doesn’t understand that concept. I worry, as with Hakeem’s character, whether he’ll be able to survive in the workforce, because he doesn’t know to be hungry. I don’t mean it just as words, but I mean literally hungry. That feeling of destitution. I wanted everything for my kids, so that relationship, Hakeem’s [to his father], is my son and me, and yet it’s also my brother too. My brother and I were very close. We were so close, and yet once he understood my difference sexually, we were sort of not as close.

So you the distance between the brothers is like it is in your life.

There are so many themes, but part of [my goal with Empire] was really to address homophobia in the African-American community and in the impoverished community. To educate people. Not that this is a gay show, but it’s one of many subject matters we hit on. There’s so much homophobia in the hip-hop community. It’s the civil rights of our time, and I think I am making a little bit of a contribution, because I’ve seen people change who were homophobic, after seeing this.

After seeing the pilot they changed their attitudes? People you know personally?

Yeah. They see so much of Lucious in themselves that they understand. 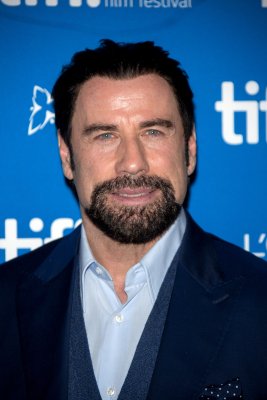