Russell Crowe attends the premiere of Noah in Rio de Janeiro on March 12, 2014. He said the banning of the film in some Muslim countries was "not unexpected"
Getty Images
By Yenni Kwok

Indonesia has banned the release of the Hollywood blockbuster Noah, saying the biblical epic contradicts the teachings of the Koran and may mislead people.

Noah, an adaptation of the Old Testament story of Noah’s Ark, stars Russell Crowe in the title role and was scheduled to be released in Indonesia on March 28 — the same date as in the U.S.

However, the largest cinema franchise in Indonesia, 21 Group, confirms that it will no longer be releasing the film. “We will follow the censors’ decision, and Noah will not be screened,” said Catherine Keng, the company’s corporate secretary.

The news of the ban has been greeted largely with condemnation and derision in Indonesia’s social media forums. “Stupidity is indeed unlimited. The example is at LSF!” tweeted Mumu Aloha, managing editor of Detik.com’s entertainment website detikHot, referring to the Indonesian initials of the Film Censorship Board.

Other Twitter users pointed out the glaring inconsistency in the banning of the Darren Aronofsky–directed blockbuster on the one hand and the free availability of locally made soft-porn horror flicks on the other.

Islamic scholar Mohamad Guntur Romli also slammed the ban. “A film that is based on a biblical story can’t be accused of violating, for example, Islamic doctrines,” Guntur tweeted.

Noah, who appears in the Bible’s Book of Genesis, is revered by the three Abrahamic religions: Judaism, Christianity and Islam. Indonesia, home to the world’s largest number of Muslim adherents, has a sizable Christian minority, comprising around 10% of its total population.

But Guntur countered: “It’s the Film Censorship Board that could trigger SARA if they indeed ban Noah because it’s influenced by the Bible.”

The ban in Indonesia follows similar moves in the United Arab Emirates, Qatar and Bahrain in early March. A representative of Paramount Pictures, which produced the $125 million movie, said “The official statement they offered … is because ‘it contradicts the teachings of Islam.’”

Also this month, clerics at al-Azhar University, a main center of Islamic learning in Cairo, issued a religious edict against Noah, objecting to “any act depicting the messengers of God and the companions of the Prophet [Muhammad].” Egypt has yet to decide whether it would allow the film to be screened.

Zainut denied that Indonesia was influenced by the bans in the Middle East.

Early screenings of Noah also generated criticisms from conservative Christian groups in the U.S., who claimed the movie did not following the Bible story closely enough, though religious leaders have since come around and endorsed the film.

Crowe, who plays the ark-building patriarch, shrugs off the controversy his film has sparked in the Muslim world. “To be frank, given that it is a tenet of the Muslim religion that you can’t make stories or render images about the Prophet, it was not unexpected that some Islamic nations would ban the film,” he told the Telegraph.

The Indonesian censors do not say if the ban is due to the depiction of Noah. But Guntur points out that while images of the Prophet Muhammad are taboo in Indonesia, it is not uncommon to have other Islamic prophets, including Noah, as well as Muhammad’s companions, pictured in children’s comic books.

Mel Gibson’s The Passion of the Christ, which portrays the final hours of Jesus, whom Muslims regard as a prophet, was screened in Indonesia but banned in Saudi Arabia, Kuwait and Bahrain. In Malaysia, the 2004 film was allowed to be screened for Christians only. 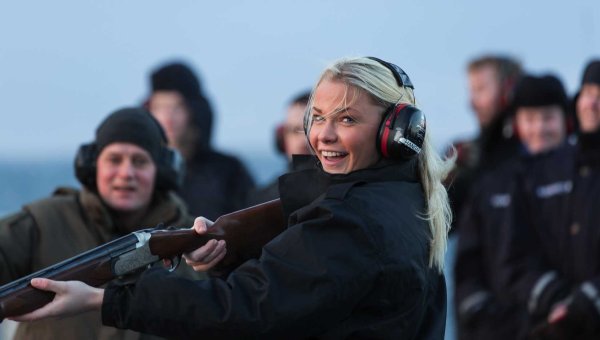 Norway's Army Has Introduced Unisex Dorms and Reports No Problems
Next Up: Editor's Pick