A European Bitcoin exchange had about $5 million worth of the cryptocurrency stolen by hackers over the weekend.

The Slovenia-based Bitstamp announced the breach on its website Monday and shut down services temporarily Tuesday in order to investigate the hack. The theft totaled about 19,000 Bitcoin, but hackers were only able to access a small portion of the exchange’s total assets. While some Bitcoins are stored online, many more are kept on local hard drives in what Bitcoin users call “cold storage.”

Bitstamp wrote on its website that it would ensure users’ account balances were “honored in full” despite the breach.

The hack comes less than a year after the collapse of Mt. Gox, the once-massive Bitcoin exchange that lost more than $450 million worth of Bitcoin and then filed for bankruptcy. Bitcoin lost half of its value after Mt. Gox imploded. So far, though, the Bitstamp breach doesn’t seem to have negatively influenced the price of the currency. 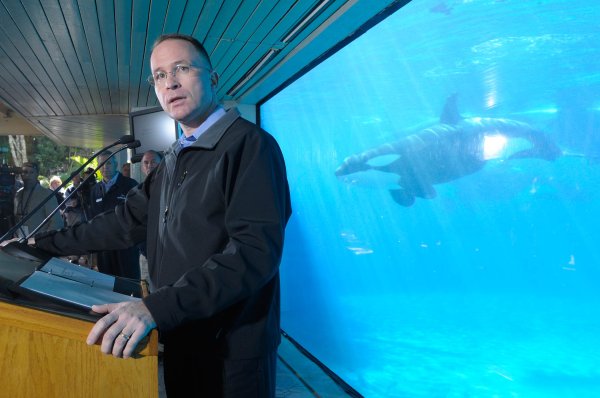 Fired SeaWorld CEO Is Getting a Splashy Severance Payment
Next Up: Editor's Pick