Marie Stopes (1880 - 1958), who popularized the use of birth control in Britain with her books 'Married Love' and 'Wise Parenthood'
Ron Gerelli / Getty Images
By Lily Rothman

In the episode of Downton Abbey that aired for U.S. audiences on Jan. 11, the name is only mentioned briefly. Lady Mary hands a book to her maid Anna and mentions the author as she sends Anna off on an embarrassing errand — but to a British woman of the early 1920s the implication was clear: the name Marie Stopes meant birth control.

Stopes is famous as the author of the 1918 marriage manual Married Love, which she was inspired to write after her own marriage was annulled. She was a scientist — an expert on plant fossils — and challenged the Victorian idea that it was improper for a woman to enjoy sex. She also wrote about contraception; in fact, she was a proponent of the belief that waiting to conceive a child would result in a stronger relationship between husband and wife. The book was a bestseller in England, though still controversial, and it was banned in the U.S. for obscenity for more than a decade.

Though Married Love made Stopes famous — and got a shout-out on Downton last season — its sequel, Wise Parenthood, published within a year of the first, is more likely to have been the book Mary turned to for help. Stopes wrote in the introduction to the sequel that she had received a deluge of inquiries for more specific information about how to actually obtain and use the contraceptive plans she advocated. In 1921, she went even further, opening the world’s first birth-control clinic, and then following that up with others throughout the country. (The item that Anna ends up buying at the pharmacy, in its nondescript paper bag, is likely to have been a cervical cap.)

Stopes wasn’t always ahead of her time — there was often an undercurrent of eugenics to her ideas on birth control, and when she died in 1958, TIME remarked diplomatically that “she got a few weird ideas” over the years. But her books helped bring women like Lady Mary into a future where their love lives didn’t have to be controlled by the ever-present threat of motherhood, and where there were alternatives to the illegal abortion to which Lady Edith was almost driven last season.

That shift, from past to future, is what Downton is all about — and Marie Stopes, as TIME wrote when she died, was right there with them: 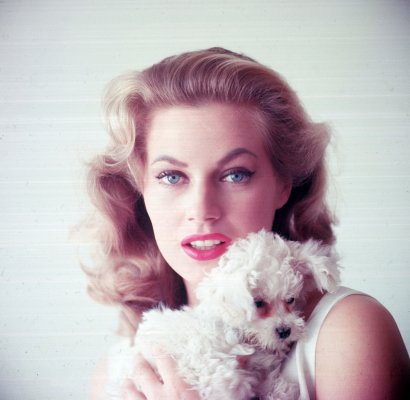 Beyond La Dolce Vita: Anita Ekberg’s Life and Career Before and After Her Most Famous Role
Next Up: Editor's Pick