Former Florida Gov. Jeb Bush is filing paperwork Tuesday to start a political action committee as he explores a 2016 run for the White House.

The new PAC, named “Right to Rise” in a nod to President Abraham Lincoln’s philosophy, will support like-minded candidates as Bush considers whether to formally declare his candidacy. What’s known as a leadership PAC, it can’t be used to directly support his own political aspirations. Bush announced the PAC in a short video clip uploaded to Facebook on Tuesday morning after Fox News first reported on the name. The Greenwich Time reported this week that Bush will raise money for the new group in the tony Connecticut town on Wednesday.

In the clearest sign yet of how Bush intends to define his potential candidacy, the website’s “What We Believe” section highlights domestic issues like economic mobility, and only hints at foreign policy issues.

“Millions of our fellow citizens across the broad middle class feel as if the American Dream is now out of their reach; that our politics are petty and broken; that opportunities are elusive; and that the playing field is no longer fair or level,” the site says. “Too many of the poor have lost hope that a path to a better life is within their grasp. While the last eight years have been pretty good ones for top earners, they’ve been a lost decade for the rest of America. We are not leading—at home or abroad.”

In a sign of what is to come, and a tacit criticism of Mitt Romney’s 2012 candidacy, Bush’s PAC proclaims it will seek to spread its message to all voters. “We will not cede an inch of territory—no issues, no demographic groups, no voters—as we unite our citizens to strengthen America through greater economic growth and widespread prosperity,” the website states.

Bush, who breaks with many in his party by advocating for comprehensive immigration reform, also announced the PAC in a Spanish-language video. 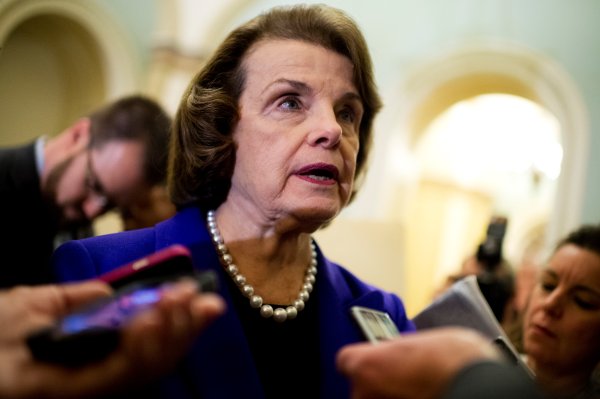 Feinstein to Introduce Anti-Torture Legislation
Next Up: Editor's Pick