Audi’s A7 Sportback may not be what Jack Kerouac had in mind when he envisioned the freedom of the open road. But the self-driving car is still probably the coolest way to get to CES, a stunt the German carmaker is pulling this year by letting the bold test-drive the car more than 550 miles of highway from Silicon Valley to Las Vegas.

The A7 Sportback uses five radars, a laser scanner, and a number of 3D cameras as part of Audi’s “piloted driving” tech, which can drive on highways (but not city streets) without human interference. It can reach speeds of up to 70 miles per hour on highways, Audi says, and can change lanes and adapt to the speeds of surrounding vehicles. The car warns drivers to take control when a city is approaching with an “acoustic warning indicator.”

Audi is presenting the A7 Sportback at CES beginning Tuesday.

Read next: The Science of Why Your Kids Can’t Resist ‘Frozen’ 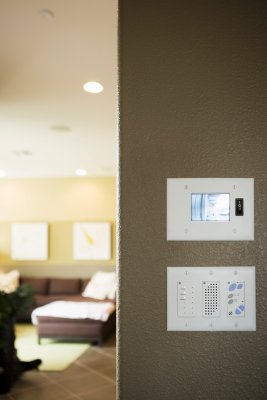 The Smart Homes of CES Turned Me Into a Believer
Next Up: Editor's Pick