New Zealand’s South Island was jolted awake after a severe earthquake struck near its west coast on Tuesday morning.

The 6.0-magnitude earthquake struck close to Arthur’s Pass, about 60 miles (100 km) west of Christchurch, just before 7 a.m. local time, reports the BBC. It was recorded as one of the strongest seismic events in New Zealand since the 2011 Christchurch quake that killed 185 people.

More than 30 aftershocks measuring up to 4.2 in magnitude were felt by people around the area.

GeoNet, New Zealand’s natural-hazard-monitoring service, identified the quake as “severe” and has warned of more aftershocks.

“In a typical aftershock sequence, we can expect the largest aftershock to be up to magnitude 5.0,” the agency said in a statement.

GeoNet seismologist John Ristau told the New Zealand Herald it was not unusual to have earthquakes of this magnitude in Arthur’s Pass.

No damage or serious injuries have been reported across the affected area. 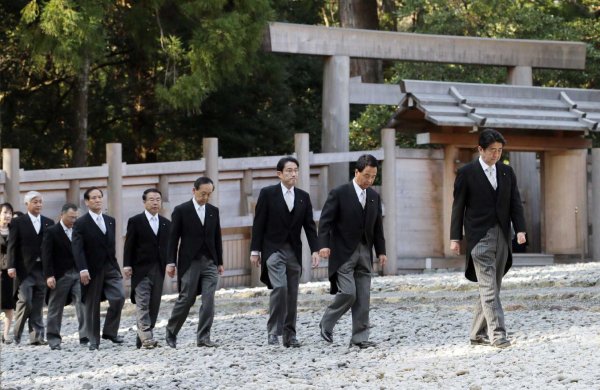 Japan's PM to Express Remorse for Nation's Role in WWII
Next Up: Editor's Pick