Sam Yagan, the CEO of online dating juggernaut Match Group (which owns Tinder and Match.com), and the cofounder of OkCupid, revealed during a Reddit AMA session on Monday that he has never been on an online date.

Yagan, who was listed in the 2013 TIME 100, admitted that the other three co-founders of OkCupid (OkC) had never been on an online date, either.

He explained: “We were all dating our future wives when we started OkC. And before that, we were basically in college where online dating wasn’t really pervasive.”

Dissatisfied with this answer, one Redditor quipped: “Sounds like a ringing endorsement!”

Nonetheless, Yagan reiterated his belief that online dating was “the most effective tool ever created” for finding “affection or companionship.” He also offered guidance to one frustrated Redditor, going by the name “Warlizard,” who wondered why he had yet to find “true love” on an online dating site.

Yagan ventured: “Maybe have a more inviting username than ‘warlizard’? :).”

The king of the “swipe right” universe declined to confirm if a paid version of Tinder was in the works, nor was he able to satisfy everyone with a question to ask in the limited time available.

As one put it: “So, just like on OkCupid, you respond a couple times and disappear?” 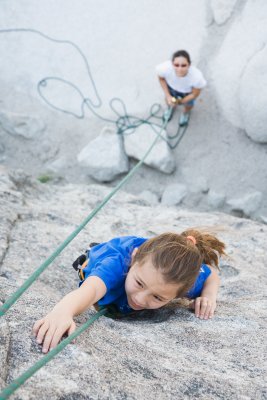 How to Help Your Kids Keep Their Resolutions
Next Up: Editor's Pick