María de los Ángeles Pineda, the wife of former mayor of Iguala, José Luis Abarca, on a television screen while she is transferred to a prison in Tepic, in the Mexican state of Nayarit, in this handout picture released Jan. 5, 2015, by Mexico's Attorney General's Office
Handout—Reuters
By Helen Regan

The wife of the former mayor of Iguala, the Mexican city where 43 students disappeared in September, has been charged with organized crime and conducting operations “with funds of illicit origin.”

María de los Ángeles Pineda is being held in a maximum-security prison until the start of her trial, al-Jazeera reports.

It is unclear whether the charges are related to the 43 missing students, who are presumed killed. However, prosecutors have named Pineda and her husband José Luis Abarca as “probable masterminds” of the kidnappings and linked Pineda to a local drug gang.

Authorities say the students went missing after their bus was attacked by police, on the orders of the then mayor.

According to investigators, members of the drug gang said police handed the students to them, after which they were killed and their corpses burned. 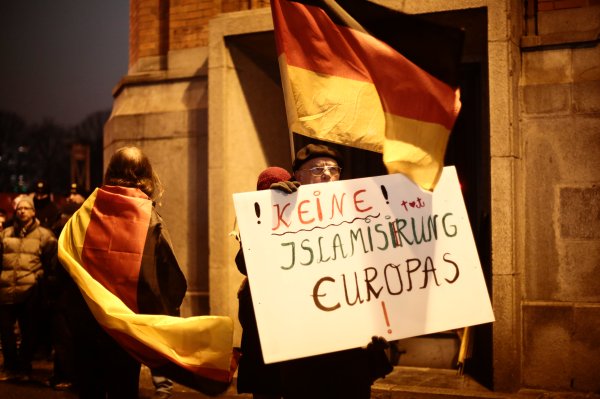 Germans Rally Over 'Islamization'
Next Up: Editor's Pick