A cameraman who was blown off his feet was able to capture some pretty dramatic images of an explosion in a fireworks factory near Granada, Colombia.

Five warehouses used to store gunpowder were destroyed in the explosion and the resulting fire, according to Colombian authorities. A person was slightly injured and roads were closed, causing major delays along the routes southeast from the country’s capital, Bogota. 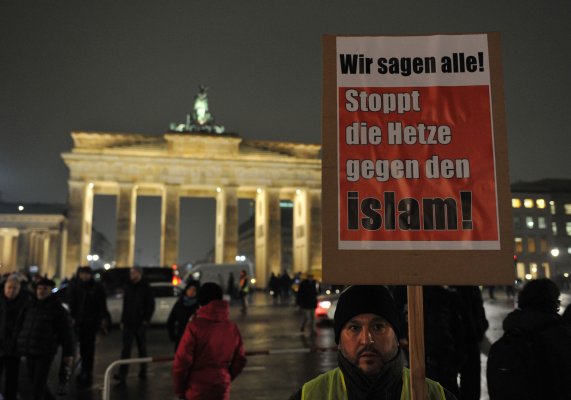 Counter-Protesters Rally in Germany Against Anti-Islam Movement
Next Up: Editor's Pick