The officer, 40-year-old Michael Doherty, is on paid administrative leave following his arrest and charges of assault and battery and using a motor vehicle without authority, the Boston Globe reports.

According to a police report, the Uber driver said that the officer accused of him of being in the wrong place and used a racist term for Latinos before beginning to hit him. When the driver got out of the car and tried to waive down assistance, according to the report, the officer started driving the car away.

The driver got into a car of another man who stopped to help, and the two followed the officer. When they all got out, the officer allegedly resumed hitting the driver and used the n-word against the assisting man, who is black.

In a statement, Uber said they banned Doherty from the service and “stand ready to assist law enforcement” in investigating the alleged incident. 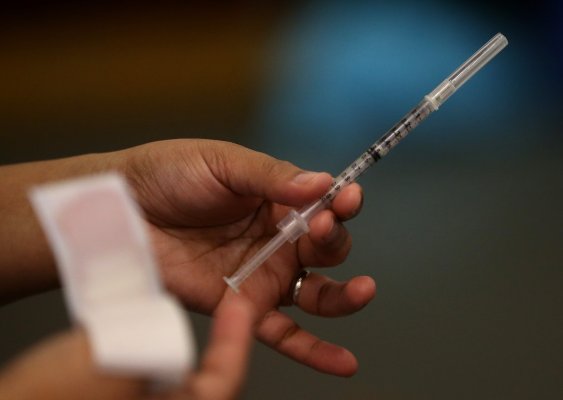 The Flu Is Now Widespread in 43 States
Next Up: Editor's Pick