TIME once wrote of Bess Myerson that “few people have paraded before the public in quite as many guises.” Myerson — who, it was recently announced, died in December at age 90 — made headlines for a breathtaking number of reasons.

In the 1950s it was for TV appearances and a custody battle. In the 1970s, as New York City’s Commissioner of Consumer Affairs, when she campaigned against non-pure hamburger meat, advocated for honesty from retailers and supported Ed Koch’s run for mayor. In 1980 it was when she lost her run for Senate; in 1987 when she resigned her position as she faced charges of conspiracy, mail fraud, bribery and obstruction of justice (and, the next year, for shoplifting a few bottles of nail polish). In 1989, it was for being cleared of the conspiracy and bribery charges.

But it all started with Miss America. Myerson, who won the crown in 1945, was the first Jewish Miss America, and one of the few in the competition’s history to hold onto the spotlight for the rest of her life.

Here’s how TIME first reported on the news:

On the last two counts at least, Myerson proved worthy of belonging — and that was clear from the beginning. “It was obvious,” TIME wrote, “that the winner had deserved her victory.” 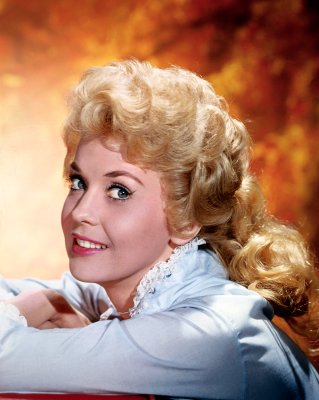