The Torture Debate Is Missing This: The Fact that We Did This Before

A group of American soldiers applying the 'water cure' upon a Filipino insurgent during the Philippine-American War, circa 1900. From a book published in 1902.
Interim Archives / Getty Images
By History News Network
History News Network

Just over one hundred years ago, in 1902, Americans participated in a brief, intense and mostly forgotten debate on the practice of torture in a context of imperial warfare and counter-insurgency. The setting was the U. S. invasion of the Philippines, a war of conquest waged against the forces of the Philippine Republic begun in 1899. Within a year, it had developed into a guerrilla conflict, one that aroused considerable anti-war opposition in the United States.

The controversy was sparked when letters from ordinary American soldiers in the Islands surfaced in hometown newspapers in the United States containing sometimes graphic accounts of torture, and activists within the anti-imperialist movement pressed for public exposure, investigation and accountability. At the center of the storm was what American soldiers called the “water cure,” a form of torture which involved the drowning of prisoners, often but not always for purposes of interrogation.

In early 1902, the Senate Committee on the Philippines embarked on an investigation into “Affairs in the Philippine Islands.” While pro-war Senators on the committee tried to sideline questions of U. S. troop conduct, anti-war Senators, working closely with anti-imperialist investigators, provided a platform for U. S. soldiers to testify regarding the practice of torture, including the “water cure.” Their accounts triggered a response by Secretary of War Elihu Root that included the minimization of atrocity and the inauguration of court-martial proceedings for some soldiers and officers accused of torturing Filipinos.

Together, the Senate hearings and courts-martial precipitated, by mid-1902, a wide-ranging public debate on the morality of the U. S. military campaign’s ends and means. But the debate was over almost as soon as it had begun since, in July 1902, President Theodore Roosevelt declared the war concluded in victory (in the face of ongoing Filipino resistance) and pro-war Republicans on the Senate Committee shut down the investigation.

When, during Michael Mukasey’s confirmation hearings in the fall of 2007, the status of “water-boarding” was widely discussed, I felt an eerie sense of familiarity. It prompted me to write an article for the New Yorker. The article did not attempt to argue that recent events are identical to those of the early 20th century, or that the history described here led to the present crisis. Rather, my effort was to haunt the present with this particular, largely unknown past.

Here it is important to indicate what separates present from past. At the turn of the 20th century, the “water-cure” was tolerated and under-punished but was not, as far as historians are aware, formally authorized at the highest levels in Washington. Late-Victorian Americans also appear to have been less squeamish about the use of the word “torture,” or were perhaps simply less seasoned practitioners of administrative word-play, than are contemporary Americans. And at the earlier moment, the advocates of torture did not invoke images of existential terror, such as the diversionary “ticking time-bomb” that proponents casually lob into the present exchange.

At the same time, past and present seem to come together in official declarations that U. S. military actions are dictated by the mandates of an “exceptional” kind of war against a uniquely treacherous and broadly-defined “enemy.” And at both moments, the alchemy of exposure and impunity produced a troubling normalization of the atrocious. Where Americans actively defend torture, or sanction it through their silence, it is their willingness to assimilate the pain of others into their senses of safety, prosperity and power that stretches the darkest thread between past and present.

Paul Kramer is a historian at Vanderbilt University and the author of “The Blood of Government: Race, Empire, the United States and the Philippines.” 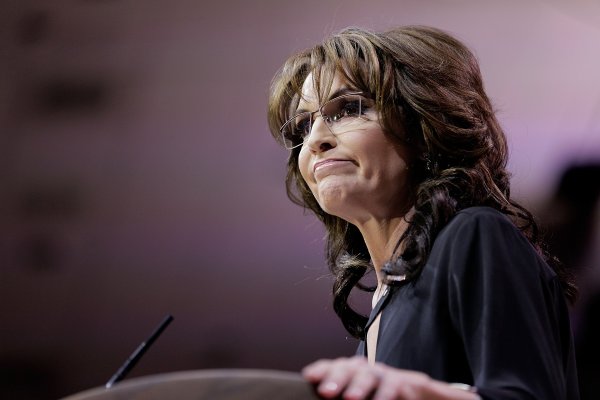 Sarah Palin Is Right: It's a Blurry Line Between Edible and Pettable on the Frontier
Next Up: Editor's Pick