President Barack Obama holds a press conference during which he discussed Sony Pictures' decision not to release "The Interview" in wake of the alleged North Korean hacking scandal at The White House on December 19, 2014 in Washington, DC.
Leigh Vogel—WireImage
Ideas
By Bruce Schneier
Schneier is a security expert and the author of Data and Goliath: The Hidden Battles to Collect Your Data and Control Your World

Many of us in the computer-security field are skeptical of the U.S. government’s claim that it has positively identified North Korea as the perpetrator of the massive Sony hack in November 2014. The FBI’s evidence is circumstantial and not very convincing. The attackers never mentioned the movie that became the centerpiece of the hack until the press did. More likely, the culprits are random hackers who have loved to hate Sony for over a decade, or possibly a disgruntled insider.

On the other hand, most people believe that the FBI would not sound so sure unless it was convinced. And President Obama would not have imposed sanctions against North Korea if he weren’t convinced. This implies that there’s classified evidence as well. A couple of weeks ago, I wrote for the Atlantic, “The NSA has been trying to eavesdrop on North Korea’s government communications since the Korean War, and it’s reasonable to assume that its analysts are in pretty deep. The agency might have intelligence on the planning process for the hack. It might, say, have phone calls discussing the project, weekly PowerPoint status reports, or even Kim Jong Un’s sign-off on the plan. On the other hand, maybe not. I could have written the same thing about Iraq’s weapons-of-mass-destruction program in the run-up to the 2003 invasion of that country, and we all know how wrong the government was about that.”

The NSA is extremely reluctant to reveal its intelligence capabilities — or what it refers to as “sources and methods” — against North Korea simply to convince all of us of its conclusion, because by revealing them, it tips North Korea off to its insecurities. At the same time, we rightly have reason to be skeptical of the government’s unequivocal attribution of the attack without seeing the evidence. Iraq’s mythical weapons of mass destruction is only the most recent example of a major intelligence failure. American history is littered with examples of claimed secret intelligence pointing us toward aggression against other countries, only for us to learn later that the evidence was wrong.

Cyberspace exacerbates this in two ways. First, it is very difficult to attribute attacks in cyberspace. Packets don’t come with return addresses, and you can never be sure that what you think is the originating computer hasn’t itself been hacked. Even worse, it’s hard to tell the difference between attacks carried out by a couple of lone hackers and ones where a nation-state military is responsible. When we do know who did it, it’s usually because a lone hacker admitted it or because there was a months-long forensic investigation.

What this all means is that it’s in the U.S.’s best interest to claim omniscient powers of attribution. More than anything else, those in charge want to signal to other countries that they cannot get away with attacking the U.S.: If they try something, we will know. And we will retaliate, swiftly and effectively. This is also why the U.S. has been cagey about whether it caused North Korea’s Internet outage in late December.

It can be an effective bluff, but only if you get away with it. Otherwise, you lose credibility. The FBI is already starting to equivocate, saying others might have been involved in the attack, possibly hired by North Korea. If the real attackers surface and can demonstrate that they acted independently, it will be obvious that the FBI and NSA were overconfident in their attribution. Already, the FBI has lost significant credibility.

The only way out of this, with respect to the Sony hack and any other incident of cyber-aggression in which we’re expected to support retaliatory action, is for the government to be much more forthcoming about its evidence. The secrecy of the NSA’s sources and methods is going to have to take a backseat to the public’s right to know. And in cyberspace, we’re going to have to accept the uncomfortable fact that there’s a lot we don’t know.

Bruce Schneier is a security technologist, a fellow at the Berkman Center for Internet and Society at Harvard Law School and the CTO of Co3 Systems Inc. He blogs at schneier.com and tweets at @schneierblog. 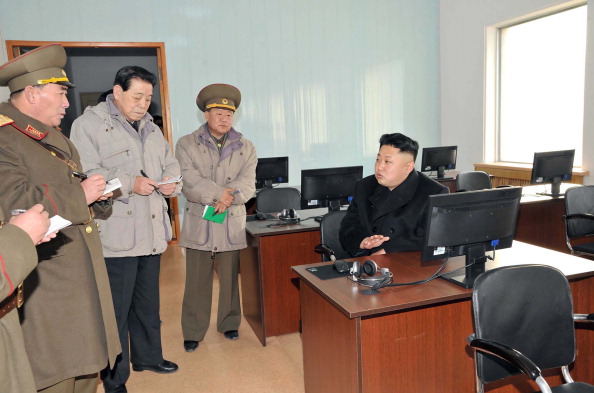 High School Revisited: Kim Jong Un Gets an Invite from Russia
Next Up: Editor's Pick