Prince Andrew, Duke of York, is pictured during his visit to the Volkswagen car plant in Wolfsburg, Germany, on June 3, 2014
Alexander Koerner—Getty Images
By Simon Perry / People

Buckingham Palace has issued a second, strong denial of claims by a Florida woman who says she was forced to have sex with Prince Andrew when she was a teenager.

Andrew, 54, whose formal title is the Duke of York, has been named in court papers, filed in the United States District Court in the Southern District of Florida, relating to banker Jeffrey Epstein. The woman, identified only as “Jane Doe 3” in the filing, claims Epstein loaned her out to other wealthy and powerful men, including the Duke of York.

On Sunday, Jane Doe released a statement through her attorney, Paul Cassell, speaking out against the public “attacks” against her.

“I am looking forward to vindicating my rights as an innocent victim and pursuing all available recourse. It appears that I am now being unjustly victimized again,” she said. “These types of aggressive attacks on me are exactly the reason why sexual abuse victims typically remain silent and the reason why I did for a long time. That trend should change. I’m not going to be bullied back into silence.”

In a report published Saturday, the Mail on Sunday identified the woman as Virginia Roberts, a 30-year-old American.

Her father, Sky Roberts, tells PEOPLE he hasn’t seen to her in three months because of the case.

“I support my daughter all the way. She has no reason to lie about this stuff,” he says of Virginia, calling her “a great mother” to her three girls.

Still, a palace spokesman tells PEOPLE, “It is emphatically denied that the Duke of York had any form of sexual contact or relationship with Virginia Roberts. The allegations made are false and without any foundation.”

The prince, said by insiders to be Queen Elizabeth II’s favorite son, is thought to be heading back to the United Kingdom from Switzerland on Sunday. He has been vacationing with his ex-wife Sarah Ferguson, their daughter Princess Eugenie and her friend Cressida Bonas (Prince Harry’s ex) in the Alpine resort of Verbier.

The palace had first issued a forceful denial when the court papers were made public by The Guardian on Friday. Then, as U.K. newspapers carried more detailed claims from Roberts, with the Mail naming her as the woman in the legal case, the palace made its second intervention.

“This relates to long-running and ongoing civil proceedings in the United States to which the Duke of York is not a party. As such we would not comment in detail,” a spokesman said in a statement. “However, for the avoidance of doubt, any suggestion of impropriety with underage minors is categorically untrue.”

Palace sources could not say when Andrew was set to meet Queen Elizabeth to discuss the matter, but he has been in talks with advisers.

—With reporting by Michael Miller 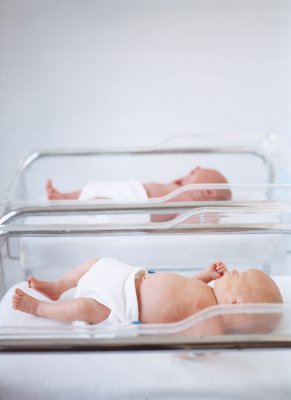