How to Watch the First Meteor Shower of 2015

Stargazers are preparing this weekend for the first meteor shower of 2015.

The Quadrantid meteor shower is expected to be most visible in the northern hemisphere around 9 p.m. ET Saturday night and then early Sunday morning.

“The reason the peak is so short is due to the shower’s thin stream of particles and the fact that the Earth crosses the stream at a perpendicular angle,” NASA explained.

Bill Cooke, head of the Meteoroid Environment Office at NASA’s Marshall Space Flight Center, told NBC News that stargazers may only see 10-20 meteors per hour (in clear, dark skies) because of the moon’s glare.

Quadrantids are “caused by fragments of a comet that broke up in the recent past,” according to the International Meteor Organization. “Every year in the final days of December and the first two weeks of January the Earth crosses the stream of debris from the fragmented comet.”

The shower’s name comes from “Quadrans Muralis,” a constellation that does not exist anymore, discovered by French astronomer Jerome Lalande in 1795.

You can watch a livestream of the spectacle via the Slooh Community Observatory’s website. 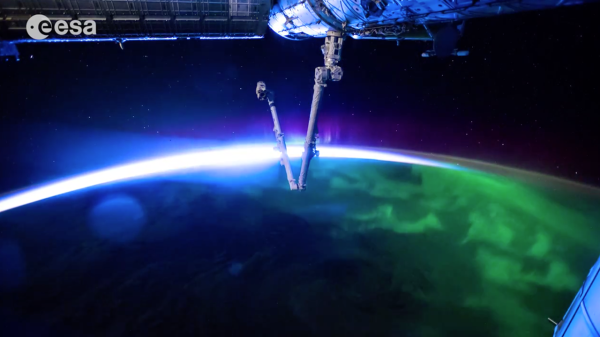 Watch Stunning Timelapse Imagery of Earth's Surface From the International Space Station
Next Up: Editor's Pick