The leader of Nigeria's Islamic extremist group Boko Haram on Oct. 31, 2014.
AP
By Olivia B. Waxman

Militants abducted as many as 40 boys and men from a village in northwest Nigeria this week in a raid that authorities have reportedly blamed on Boko Haram, the Islamist group that kidnapped over 250 school girls last year.

The victims, taken from the northeastern Nigerian village of Malari this week, are believed to be in their teens and early 20s, according to a witness, Reuters reports.

Boko Haram, which hasn’t yet claimed the latest abduction, has kidnapped hundreds of women and girls from northern Nigeria during its five-year insurgency. Fifty-seven of the 276 school girls kidnapped in April have escaped, while parents of the remaining victims recently appealed to the United Nations for help in the rescue efforts.

According to Reuters, “Boys are recruited as fighters and the girls as sex slaves, security officials say.” 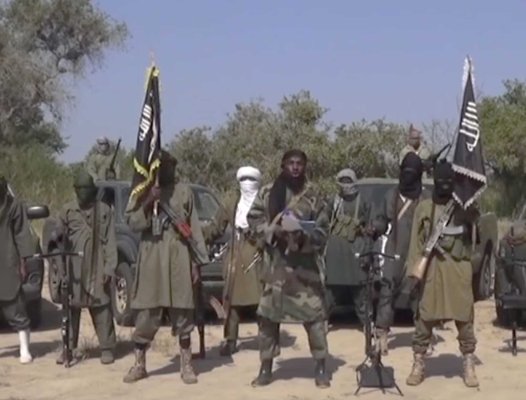 Boko Haram Suspected in Mass Kidnap in Northeast Nigeria
Next Up: Editor's Pick