The United States is imposing sanctions on North Korea following last year’s devastating hack of Sony Pictures Entertainment, the White House said Friday, calling them the “first aspect of our response” to the cyberattack.

President Barack Obama signed an executive order Friday authorizing additional actions against the North Korean government following the November cyberattack, which U.S. government agencies, including the Federal Bureau of Investigation, have pinned on the isolated country’s government. The new sanctions will initially prohibit 10 individuals and three organizations access to U.S. financial systems, including North Korea’s main intelligence agency and it’s primary arms exporter. Among the individuals who are facing sanctions are representatives of the government and its state-owned enterprises to Iran, Russia, China, Sudan and Namibia. Others may soon face sanctions as well. None of the officials are being sanctioned because they were directly involved in the Sony hack, a senior Administration official said. The sanctions are on top of long-standing penalties in place for to limit the country’s nuclear program and its human rights abuses.

“The E.O. authorizes the Secretary of the Treasury to impose sanctions on individuals and entities associated with the Government of North Korea,” White House Press Secretary Josh Earnest said in a statement. “We take seriously North Korea’s attack that aimed to create destructive financial effects on a U.S. company and to threaten artists and other individuals with the goal of restricting their right to free expression.”

The hack left Sony reeling from the online publication of executives’ embarrassing emails, salary information and more. It was seen by some as retaliation for Sony’s movie The Interview, which depicts a fictional assassination plot against North Korean leader Kim Jong Un. Threats from hackers of 9/11-style attacks against theaters that screened the film initially led Sony to cancel its Christmas Day release, but it has since been screened in many small theaters and made available for streaming online. North Korea has denied being behind the hack, and some security experts have pointed to the possibility of insiders being responsible instead.

“We stand firmly behind our call that [North Korea] was behind the attack into Sony,” a senior Administration official said. “Some of the same cybersecurity firms don’t have access to the same [intelligence].”

In his end-of-year news conference last month, Obama promised that the U.S. government would respond, but would not discuss the specifics. That was followed by Internet outages in North Korea, but it’s unclear if those incidents were related. “They caused a lot of damage, and we will respond,” Obama said. “We will respond proportionally, and we’ll respond in a place and time and manner that we choose.”

“The actions taken today under the authority of the President’s new Executive Order will further isolate key North Korean entities and disrupt the activities of close to a dozen critical North Korean operatives,” Treasury Secretary Jack Lew said in a statement. “We will continue to use this broad and powerful tool to expose the activities of North Korean government officials and entities.” 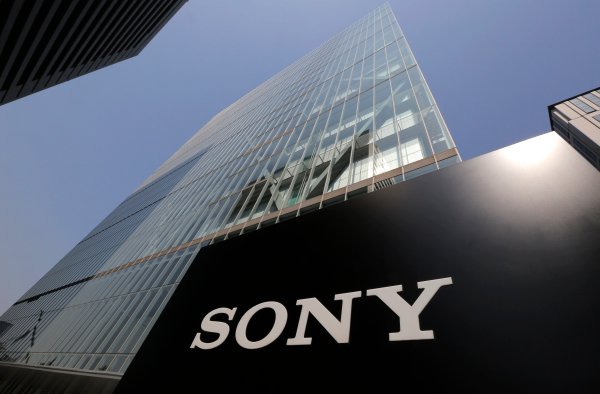