Selma to Screen for Free in Selma, Ala.

Paramount Pictures will hold free showings of Selma at a theater in the movie’s eponymous city, Selma, Ala.

The film, a drama about Rev. Dr. Martin Luther King Jr.’s 1965 civil rights marches in the small west Alabama city, will open at Selma’s Walton Theater and nationwide on Jan. 9, The Wrap reports.

“I’m so happy that the movie Selma will be shown in Selma when it’s released to the nation,” said city Mayor George P. Evans in a statement released by Paramount. “I’m so grateful of the fact that Selma has been blessed to have a movie named after it.”

Selma, directed by Ava DuVernay, has been nominated for four Golden Globe awards. However, it has also been criticized for what some say is its inaccurate portrayal of then President Lyndon B. Johnson as against the civil rights movement and plotting King’s downfall. 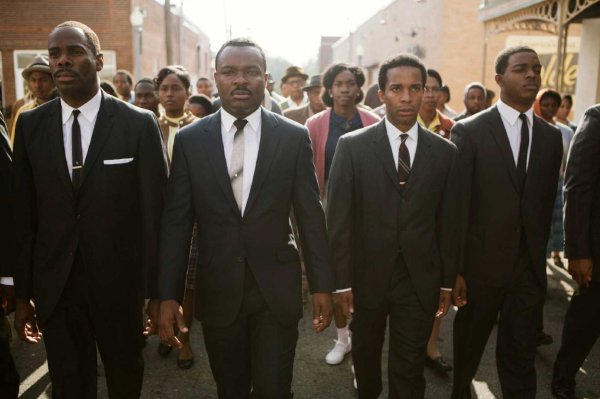