LeBron James to Miss 2 Weeks With Knee, Back Strains

LeBron James of the Cleveland Cavaliers reacts to a call by the referees during a game against the Atlanta Hawks at Philips Arena on December 30, 2014.
Kevin C. Cox—Getty Images
By Ben Golliver / Sports Illustrated

LeBron James will begin 2015 on the shelf.

The Cavaliers announced on Thursday that James will miss two weeks after he was diagnosed with a left knee strain and a lower back strain.

James, who turned 30 earlier this week, had missed Cleveland’s last two games, losses to Atlanta on Tuesday and Milwaukee on Wednesday. He also sat out a Dec. 11 loss to the Thunder.

If James returns in exactly two weeks, he will miss the Cavaliers’ next seven games. Four of those games come against teams currently in the playoff picture: Dallas, Houston, Golden State and Phoenix.

Throughout his 12-year career, James has been known for his remarkable durability. In fact, James has never missed more than seven games in a season since entering the NBA as the No. 1 pick in the 2003 draft. In other words, this injury absence will likely prove to be the longest of James’ professional career.

The Cavaliers (18-14) possess the East’s fifth-best record, but they are on a three-game losing streak and rumors are beginning to swirl around first-year coach David Blatt. It goes without saying that the Cavaliers will struggle to replace James’ production during his absence, as their bench is generating just 25.5 points per game, the fourth-lowest mark in the league. Blatt will likely turn to veteran wingsMike Miller, Shawn Marion and James Jones to fill the minutes and reserve guardDion Waiters will likely see his offensive role increase. Marion has also missed Cleveland’s last two games with an ankle injury. Cleveland is also without starting center Anderson Varejao, who was lost to a season-ending Achilles injury in December.

The four-time MVP’s celebrated return to Cleveland from Miami has gotten off to a bumpy start this season, in part because his individual production has dipped slightly. James is averaging 25.2 points, 7.6 assists and 5.3 rebounds in 37.5 minutes per game this season. His scoring average is his lowest since his rookie year, his 48.8 shooting percentage is his lowest mark since 2007-08, and his Player Efficiency Rating of 25 is his lowest since 2006-07. 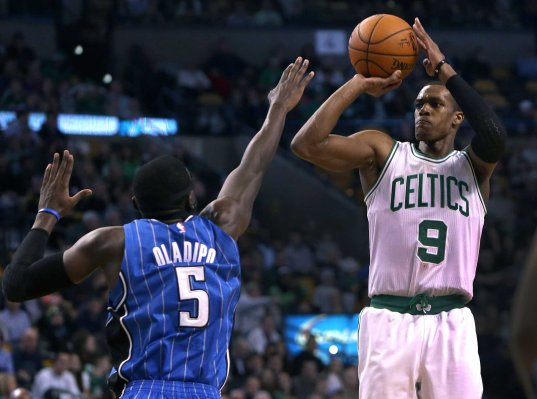 Mavericks Close to Rondo Trade
Next Up: Editor's Pick