A newly discovered frog from the island of Sulawesi in Indonesia is the only known frog to give direct birth to tadpoles.
Jim McGuire—UC Berkeley
By Denver Nicks

Scientists have discovered a rare frog in Indonesia that gives birth to live tadpoles, researchers report in a journal article published this week.

Herpatologist Jim McGuire found proof this summer that the frog, one of a group of roughly 25 species in Indonesia that have two fangs used for fighting, lays not eggs or even live froglets but live tadpoles. It’s the only frog species in the world to do so.

McGuire found the frogs on the Indonesian island of Sulawesi. He named to the species Limnonectes larvaepartus. 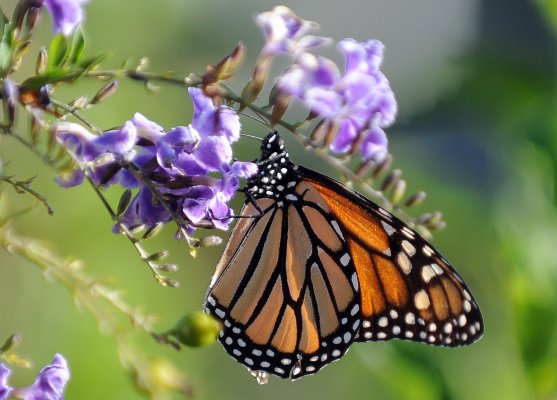 Monarch Butterflies May Land on 2015 Endangered Species List
Next Up: Editor's Pick