“Conscious uncoupling” may sound more glamorous than separating, but it turns out that Gwyneth Paltrow has just as many doubts about her breakup as the average Jane who dares to utter words like “divorce.”

In March, Paltrow’s lifestyle site GOOP crashed when she announced that she and Coldplay frontman Chris Martin would “consciously uncouple” after 11 years of marriage. Though the Shakespeare in Love star was already well known for her own (very lucrative) brand of mindfulness, the optimistic phrasing was widely mocked.

In a new interview with Harper’s Bazaar UK, she seems to have developed a slightly more grounded perspective. “It’s painful, it’s difficult, it might be easier to say, ‘I never want to see you again,’ but what good does that do anyone?” said Paltrow, 42. “We’ve made a lot of mistakes, and we’ve had good days and bad days, but I have to say, I’m proud of us for working through so much stuff together—and not blaming and shaming.”

Martin moved just across the street from Paltrow and their two children—Apple, 10, and Moses, 8—in Los Angeles.

“Of course, there are times when I think it would have been better if we had stayed married, which is always what your children want,” Paltrow said. “But we have been able to solidify this friendship, so that we’re really close.”

Paltrow’s pragmatic reflections on her marriage come as Martin, 37, has made headlines for dating America’s sweetheart Jennifer Lawrence, whose down-to-earth public persona stands polar opposite Paltrow’s GOOP empire. For example, as Paltrow wages a war on gluten, Lawrence has opined about her love of pizza and called gluten-free diets an “eating disorder.”

Paltrow has also moved on from Martin, dating Brad Falchuk, a producer on Glee. But according to Harper’s Bazaar UK, she has not ruled out a conscious recoupling with Martin. 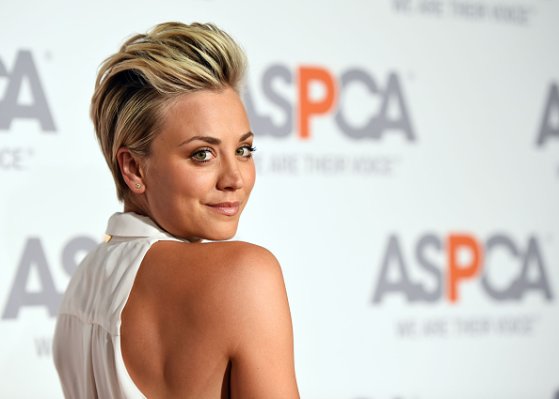 Kaley Cuoco-Sweeting: I Don't Consider Myself a Feminist
Next Up: Editor's Pick