The 7 Hottest Trends We'll See at This Year's CES

A Samsung curved OLED television is on display at the Samsung booth at the 2014 International CES at the Las Vegas Convention Center on January 7, 2014 in Las Vegas, Nevada.
David Becker—Getty Images
By Tim Bajarin

When I attended my first Consumer Electronics Show (CES) in 1976, I was in my mid-20s, new to the tech scene and highly impressionable. When I entered the show floor back then, my senses were bombarded by audio and video displays and vendors hawking their tech toys. In those days, Playboy Bunnies and Penthouse Pets were routinely used to draw dealers into booths — in fact, part of CES included an adult video section, since VCRs and their tapes were considered tech products.

Fast-forward to today, and CES has morphed into one of the most respectable consumer business events in the world. Hosted annually in Las Vegas, it spans more than two million square feet of show floor and includes enough gadgetry to fill 35 football fields. The Consumer Electronics Association (CEA), which puts on the show, said it expects between 150,000 and 160,000 industry professionals to attend CES between Jan. 6-10, 2015, on par with last year’s show.

Every year leading up to CES, I get hundreds of requests to meet with companies that want to show off their latest and greatest gadgets. Based on those invites, I’ve got some guesses as to what will be hot at CES 2015:

High-def televisions were the big news at CES five to seven years ago. TV makers’ goal was to get everyone to move from analog to HD digital TVs, and that push has been widely successful. Now the industry is set to take television to the next level with 4k TVs.

Sound bars, tiny sound systems that sit in front of your TV and pump out HD stereo and 5.1 surround sound audio, will also be hot at CES this year. 4K TVs tend to be very slim, meaning there isn’t much room for serious speakers inside them. Sound bars fill that gap, greatly enhancing sound quality to match 4K TVs’ incredible visual output.

Also, don’t be surprised if we see a couple of 8K televisions launched at the show. Although 4K will be the big thing for the next three-to-four years, 8K TVs will debut in time for the 2020 Olympics in Tokyo, which should be broadcast in 8K by that time.

The Internet of Things (IoT) will be a major theme at CES 2015. Many devices will come with some type of wireless radio that can connect to the Internet or other devices within the home, enabling you to control various aspects of your home with your smartphone.

There will be an emphasis on home automation, with smart door locks being the next big category to be pushed by the IoT crowd. We’ll also see connected lightbulbs, thermostats and even beds that gather data about how well you sleep.

About two years ago, the world’s biggest automakers decided they should attend CES. This year, we’ll see 10 car companies at the show, including Audi, BMW, Toyota, General Motors, Mercedes-Benz and Ford. The latter two will be giving keynote speeches on Monday and Tuesday of CES.

We’ll see several forms of self-driving car technology, as well as news from Toyota around fuel cell technology. The car makers will also be touting in-car Internet connectivity and smartphone-syncing features, with many showing off integration with Apple’s new CarPlay service.

Even though the most anticipated wearable of 2015 — the Apple Watch — won’t be at CES, wearables will still be everywhere, with fitness wearables dominating the show. We should also see some new smartwatches and perhaps even some Google Glass-style headwear, although interest in smart glasses has waned dramatically since last year’s show.

Even though Apple doesn’t attend CES, its presence will still be felt in a big way. The Apple Watch will be a major part of the wearables discussion at the show, while well over 100 booths will feature wearable accessories for the iPhone and iPad.

Outside of Apple, the wearable I find most interesting will be from GoMore. GoMore has added EKG monitoring to its device, allowing athletes to monitor their stamina as well as heart rate. That could be valuable for anyone doing serious training.

If you’re attending CES this year, I’ll be moderating the CES Supersession on smartwatches on Wednesday, Jan. 7. The event, titled The Market for Smartwatches, will feature executives from Samsung, Motorola, Intel’s Basis division and Yahoo discussing who might buy smartwatches and why. Find more info here.

CES 2015 will have a special section for robotics, and we should see some interesting new twists on robots for the home. While iRobot’s Roomba dominates this space today, we could see variations around robots as servants, doing things like cleaning up after your pets or washing your windows. And plenty of new airborne robots — drones — will be debuting at CES 2015 as the category becomes more mainstream.

Although tablet growth slowed in 2014, tablets will again be big stars at this year’s CES. We’ll see lots of very low-cost tablets, with more of them focusing on application-specific functions, serving as personal TVs or alarm clocks. These single-feature devices could give new life to the tablet market in 2015.

Smartphones, meanwhile, won’t make much of a splash at CES 2015. New smartphone models typically launch at the annual Mobile World Congress held in Barcelona every March.

The CEA says 3D printers are one of the top tech trends to watch in 2015. Indeed, 3D printers have come down in price significantly, and we should see several models under $1,500 at this year’s show. CEA’s 3D printer predictions include:

However, at prices around $1,500, 3D printers are still mainly being bought by hobbyists and those in the Maker movement. While some consumer devices, like HP’s 3D camera-equipped Sprout, are intriguing, it will take more hardware and software innovation — and lower prices — before 3D printers and cameras make it into the mainstream.

Read next: The Science of Why Your Kids Can’t Resist ‘Frozen’ 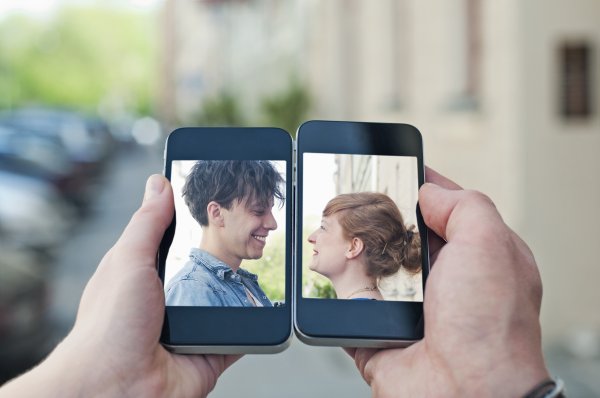 Most Internet Users Will Soon Be Smartphone-Only
Next Up: Editor's Pick