The resolution failed to win the nine-vote majority required for approval, the Associated Press reports. Eight countries voted in favor of the resolution, while two opposed (U.S. and Australia), and five abstained.

“The fact that this draft resolution was not adopted will not at all prevent us from proceeding to push the international community, specifically the United Nations, towards an effective involvement to achieving a resolution to this conflict,” said Jordan’s U.N. Ambassador Dina Kawar after the vote.

The resolution, whose voting had been requested by Jordan, demanded that East Jerusalem become capital of Palestine, according to Al Jazeera. It also asked that negotiations be based on territorial lines prior to Israel’s occupation of the West Bank, East Jerusalem and the Gaza Strip in 1967.

The measure was not expected to pass due to strong opposition from the U.S., according to Reuters. U.S. diplomats previously said the resolution would bind Israel and Palestine to a “rushed” timeframe to resolve a decades-long conflict, and that they would use their veto if necessary.

“We voted against this resolution not because we are comfortable with the status quo,” said U.S. Ambassador to the U.N. Samantha Power. “We voted against it because … peace must come from hard compromises that occur at the negotiating table.” 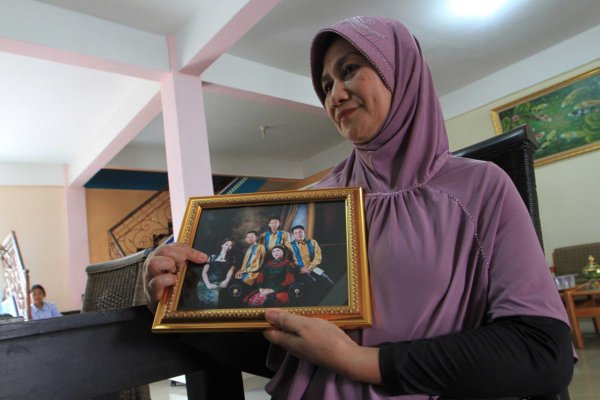 Loved Ones Remember AirAsia Passengers
Next Up: Editor's Pick