Can I ask a really simple question? Do you know anyone who actually makes a New Year’s resolution and keeps it? I’m not even kidding. If I look back over all the years of my life, I’ve probably been choosing to be resolute about one thing or another for 25 plus years. And, honestly until three years ago I can’t remember succeeding — LIKE EVER. Sometimes I barely even made it to January. (There are probably some of you who are already thinking that I just lack willpower and that’s your prerogative, but I think it’s more than that.)

Consider the resolution to stop smoking. I smoked on and off in high school and college. Eventually I quit, but clearly there were years where I would walk around talking about how smoking was going to end on the first of January. I meant it. I hated that I smoked, even though I enjoyed the act of smoking.

On New Year’s Eve I would head out to one party or another, committed to tossing my cigarettes immediately following the clamor of midnight noisemakers. I’d be with friends; we’d dance and toast and gulp champagne — the clock would strike twelve and there’d be singing, joy and by 12:30 a.m., smoking. Who has the will power to stop smoking when you’re already drunk? I can’t vouch for you but my intoxicated self is really good at rationalizing and justifying bad ideas. So, when you’re addicted to smoking, ditching your cigarettes in the middle of a raucous drunken party is just stupid — it’s a set up for failure.

Basically, most New Year’s resolutions suck. I would argue that at least 90% of my resolutions were about changing a bodily habit in some drastic way – quit smoking, cut calories, exercise more, drink less, fast one day a week. I would also argue that 90% percent of everyone else is making similar resolutions. (Do me a favor, don’t quote that statistic because I made it up. However, the internet told me that only 8% of people are succeeding at New Year’s resolutions, so if you decided I lack willpower, it’s most likely you do too.)

The most popular resolution is to lose weight, and I think I have at least 20 years of failing at diet-oriented resolutions under my belt. Resolutions that focus on changing your body shape or size are the worst because basically, what you’re doing when you make this kind of resolution is starting the year by saying my body isn’t good enough, and this year I will finally make my body good enough – only you fail. Or at least 92% of us fail.

Whatever. I’m so over it.

Three years ago I decided I was done hating my body for a living, so when it came time to make a New Year’s resolution I either had to disband the practice or come up with a resolution that wasn’t grounded in self-hatred and self-loathing. (I had already quit smoking, so that was no longer an option.) I think shutting down the whole resolution idea is totally valid – and for some slamming that door may solidify the road to self-love, but I’ve found that self-affirming resolutions have been a really excellent tool for me on my body positive journey.

So anyway, in 2012, I was new to the whole Love Thyself game, so when trying to create a resolution that resonated self-care, I kept picturing the SNL skit — Daily Affirmation with Stuart Smalley. Basically, that was all I knew self-help to be – gurus and their sheep mumbling mantras at their own reflections. I was a smart-mouthed cynic from New York; mantra mumbling was not going to work for me. I needed practical action. I needed a resolution that would constantly remind me I had my permission to love my body — even if everyone else I knew was still caught in the cycle of being mean to themselves.

In order to find my resolution, I started backwards. I thought about all the times when I hated my body, all the places and instances when I felt ill at ease because I was fat and considered what was making me feel this way. I meditated on the moments when I was feeling self-conscious, big, monstrous and uncomfortable. (Quick recommendation: DO NOT DO THIS. It’s not at all fun and I already did it for you.)

The weird thing was, above and beyond all the emotional misery I traipsed through, I kept coming back to this one physical feeling — my jeans cutting into my belly. You know this feeling; it’s the your-jeans-are-so-tight-that-they-literally-leave-a-red-imprint-of-themselves-on-your-skin feeling. It’s an itchy searing feeling. It’s painful and there is no reason to feel it, except for the belief that we deserve to suffer and feel guilty about our size because God forbid we get bigger than some abstract notion of the size we want to be.

Once I realized this, a resolution was born. I resolved to buy clothes that fit me. I felt certain that one of the key issues I was facing was feeling uncool, uncomfortable, or not fashionable because I was squeezing into clothes that were too small. (Jesus, first world problems, right? That said, self-loathing and body hate feel brutal, so we’ve got to work on it. ) In 2012, I dedicated a portion of my income to buying sassy new clothes that I liked no matter what size they were, clothes that fit well — nothing tight, nothing that would fit in a few pounds, and nothing that I chose because it was “slimming.”

For those of you who dissed my willpower earlier — I nailed this resolution. I was a clothes-that-fit superstar. And while resolving to buy clothes might seem superficial and ridiculous, it wasn’t. It was amazing. As soon as I tossed my too-tight favorites, I started to forget to be self-conscious in private spaces. In other words, when my jeans were too tight, I could sit alone in my car at a red light — feel the tightness — and be reminded that I thought my body was wrong. Once my clothes fit, the “wrongness” I felt with regards to my body was rarely present unless other people or media made me feel that way.

I’m not trying to oversell this idea — all my problems with my body weren’t magically solved by clothes that fit, but I was loving myself more and I was treating my body like it deserved nice clothes, like it was okay to live and be happy and enjoy fashion at my size. So yeah — a resolution that was about accepting my body was way healthier for me than starting another new diet.

Just in case you’re interested in choosing a 2015 resolution that emphasizes self-acceptance, here are the other successful resolutions that I’ve embarked on since choosing to break the bonds of self-hatred:

In the fall of 2012, I listened to a student of mine extol how she was “so bad because she had a brownie for breakfast.” I realized that I thought that way, and it seemed ridiculous to me.

Brownies, pizza, french fries — these aren’t “bad” or “good;” they’re food. They have no moral value so eating them doesn’t make you bad, just like eating salad doesn’t make you a better person. Instead of moralizing what I ate, I started thinking about how I could incorporate foods into my diet that gave me the nutrients my body needed. I resolved to eat veggies everyday — even if I only wanted them with dressing. I focused on nutrients and when I felt like it I ate brownies — because they have nutrients too.

2014: Spread the Message of Body Acceptance and Shut Down Body Hatred

Some of you may have read my last article for xoJane — so you know that I’m not okay with people saying super mean stuff about other people’s bodies. I think it sucks and I want it to stop.

Last year, I resolved to speak up when I could and inform those suffering from body hatred that there was another option. Also, I decided to kindly tell people — friends, strangers, colleagues etc. — that I have chosen to love my body and respect the bodies of others so my air space is a body-hate free zone, which means that I’m gonna call you out if you ill speak of your body or someone else’s body in my presence. Finally, I committed to participate in movements that forward body-positivity, like @fyeahmfabello’s forthcoming social media campaign #NORMALIZEFAT2K15.

I know I only have a few days but I’m still working on my resolution for this year — I want to focus on sexy. Not like, sex (I’m more than good with that). But that sexy glamorous feeling, sometimes I still misplace that and have a hard time finding it. So, I’m going to resolve to do something that makes me feel that powerful sexy charge — I’m just not sure what that is yet. As long as they’re all about body acceptance, I’m open to your suggestions.

Lindsey Averill is a writer and contributor to xoJane. This article originally appeared on xoJane.com. 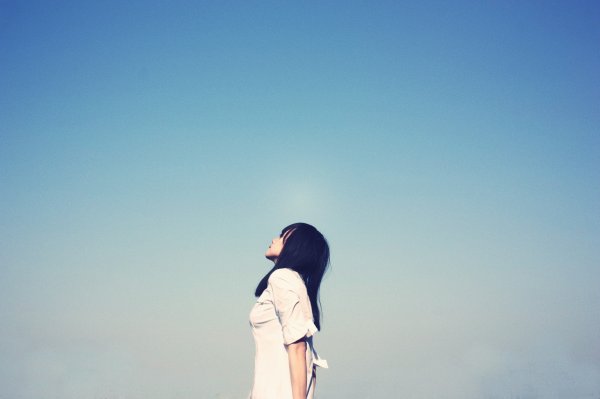 Why Model Robyn Lawley Is a Role Model for Considering Abortion
Next Up: Editor's Pick