A 2-year-old boy in an Idaho Walmart accidentally shot and killed his mother on Tuesday, authorities said.

The woman, 29, was shopping in the Hayden, Idaho, store with the boy and three other children when he reached into her purse and discharged the concealed weapon, the Associated Press reports. They were in the northern Idaho town to visit relatives. The store was closed following the shooting.

Kootenai County sheriff’s spokesman Stu Miller said the shooting “appears to be a pretty tragic accident.” Miller said the boy had been in the shopping cart when he grabbed the small caliber handgun, which discharged once. Miller added that his mother, whose identity has not been released, had a concealed weapons permit.

The woman’s husband was not inside the store when the shooting occurred, Miller said. He arrived shortly after the shooting, and the children have been taken to a relative’s home. 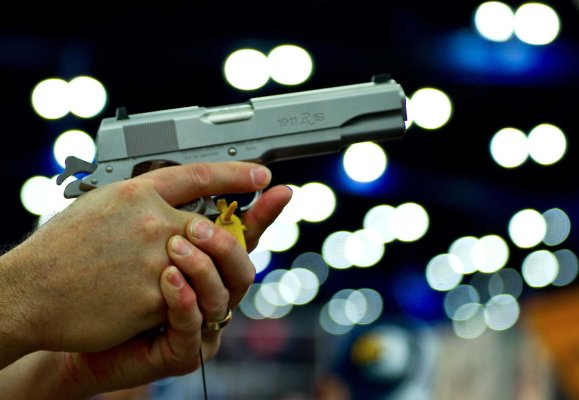 U.S. Support of Guns Is Up After 2012 School Shooting
Next Up: Editor's Pick