How to Make Difficult Conversations Easy: 7 Steps From a Clinical Psychologist

Someone is screaming in your face at the top of their lungs. Or ranting angrily and you can’t get a word in edgewise. Or maybe they’re sobbing so hard you can barely understand what they’re saying.

We’ve all been there. These situations don’t happen a lot (thank god) but we all feel helpless when they do. And because they’re rare we don’t ever seem to get better at handling them.

Problem is, these moments are often critical because they’re usually with people we care about.

What’s the best way to handle these difficult conversations? What works?

I called someone who knows: Dr. Albert J. Bernstein. He’s a clinical psychologist with over 40 years of experience and the author of a number of great books on dealing with people problems:

Dinosaur Brains: Dealing with All Those Impossible People at Work

Am I The Only Sane One Working Here?: 101 Solutions for Surviving Office Insanity

Emotional Vampires: Dealing With People Who Drain You Dry

Okay, time to wage war with the crazy. Here we go…

1) First, You Need To Keep Calm

You already have one person overreacting. The worst thing would be to have two people overreacting. If you Hulk Out, it’s little more than a screaming match and nothing gets accomplished.

Al calls the emotional side of our mind the “dinosaur brain.” It’s millions of years old and only understands “fight” or “run away.”

If you stay calm, you can help someone escape its grip. But if you fall prey to it too, it results in what he likes to call the “Godzilla meets Rodan” effect: lots of yelling, buildings get knocked down but nothing constructive gets accomplished. Here’s Al:

What to do here? Monitor your arousal levels and do your best to stay calm. He said the same thing about dealing with stress that Harvard researcher Shawn Achor did: see problems as challenges instead of crises.

No, I don’t mean be condescending. But you wouldn’t try to rationalize with a screaming child. And you wouldn’t get angry with them for yelling. You’d just dismiss the hysterics and deal with the underlying problem.

Adults aren’t any different. (Yes, this is both very insightful and extraordinarily depressing. Welcome to Earth.)

Trying to logically explain why yelling isn’t helping doesn’t work with three-year-olds and it won’t work with grown-ups either. Ignore the drama.

If you’re a parent, you know exactly what I’m talking about. Shift into dealing-with-your-kid mode and watch magic happen. Al literally says “If you feel like a preschool teacher, you’re probably doing it right.” Here’s Al:

So you’re calm and you’re not letting them get to you because you see them like a big kid. But how do you stop the yelling, crying or screaming?

Anything that slows the situation down is good for you.

One of Al’s first jobs was working with violently psychotic people in an institution. He quickly realized that slow means calm and calm means thinking vs reacting.

(What’s interesting is my friend Chris, who was the Lead International Hostage Negotiator for the FBI, often recommends the same thing: slow the conversation down.)

So how do you get someone to stop yelling? Your natural reaction is actually the worst thing to do. Saying, “Stop yelling” will be seen as telling them what to do. Nobody likes to be told what to do, especially angry people.

Instead, Al says try a variation of: “Please speak more slowly. I’d like to help.”

Why does this work? It breaks the pattern in their head.

They’re expecting you to resist them but you’re not. You’re asking them to clarify. You’re interested. This makes them shift more out of “dinosaur brain” and into thinking. And that’s good.

(And have you ever tried yelling slowly? Good luck with that.)

The same principle works on the phone too: you want to snap them out of that pattern without being seen as fighting back. Al calls it the “uh-huh rule.”

When they pause to take a breath on the phone, don’t say anything. After enough silence, they’ll probably respond with, “Are you there?”

That speedbump pulls them out of the angry momentum for a second and makes them think practically. Here’s Al:

They’re not yelling anymore. But that doesn’t mean they’re not angry and it doesn’t mean you’re making any real progress. What turns raving crazy people into rational adults you can talk to?

Slowing it down is great. And so is seeing them as a child. What’s the next big strategy? You need to get them thinking.

Anything that moves them from emotionally reacting to consciously thinking is good. Here’s Al:

And that isn’t too hard, actually. Ask them, “What would you like me to do?”

They need to formulate an answer. That makes them think — even for a second — and you’re on your way to turning the Hulk back into Bruce Banner. Here’s Al:

You’re calm. They’re not yelling and they’re starting to think instead of just acting like an emotional grenade. So how do you keep things moving in the right direction?

Another huge, huge error we all make: we explain. Don’t explain. Why?

It’s the polite way of saying, “Here’s why I’m right and you’re wrong.” And everybody sees it for what it is. So cut it out. Here’s Al:

So what do you do? Ask questions. Here’s Al:

He also recommends another technique that comes straight out of the hostage negotiator playbook: Active Listening. Here’s Al:

(For more on how hostage negotiators use active listening and how you can get better at it, click here.)

They’re calm now. So how do you make sure you don’t blow it and end up back where you were?

Now that they’re being rational, the last thing you want to do is say anything that sounds like an accusation. And they’re going to be extra sensitive to this because they just came down from feeling attacked.

What you’re doing now is basically negotiating so start your sentences with “I’d like…” Just stay away from the word “you” as much as possible. (Relationship expert Dr. John Gottman recommends the same thing when romantic couples argue.)

(For more on negotiation from FBI hostage negotiators, click here.)

You’re almost out of the woods. But there’s one last thing people often do that screws up everything and puts them back at square one…

7) Let Them Have The Last Word

Needing to have the last word is like quitting at mile 26 of the marathon. You’ve done everything right up until now. Do not let your ego screw up everything at the last minute.

Just like explaining is actually an attempt at dominance, so is needing to have the last word. You’re shifting your goal from “calming this situation” to “showing them who is right.” Here’s Al:

Don’t take the bait. Let them have the last word. Let them feel “right” if it lets you accomplish your real goal.

(For more on how to win every argument, click here.)

This is a great system for dealing with difficult conversations. Let’s round it up and get Al’s thoughts on the single most important thing to do when having any type of discussion with people.

Here are Al’s tips for turning difficult conversations into easy ones:

So what does Al say is the single most important thing to do when dealing with people?

When they speak, ask yourself why they’re saying what they’re saying. Think about what’s going on in their head, not yours. This leads away from judging and toward understanding and compassion.

Leave “Godzilla Meets Rodan” for the movies. Our lives need more compassion and less of anything that levels Tokyo.

In my next weekly email I’ll have more tips from Al on dealing with difficult bosses, crazy co-workers and what decades as a clinical psychologist have taught him is the secret to happiness. To get that and more, sign up here.

6 Hostage Negotiation Techniques That Will Get You What You Want

Read next: 10 Rules You Need to Know to Communicate Effectively 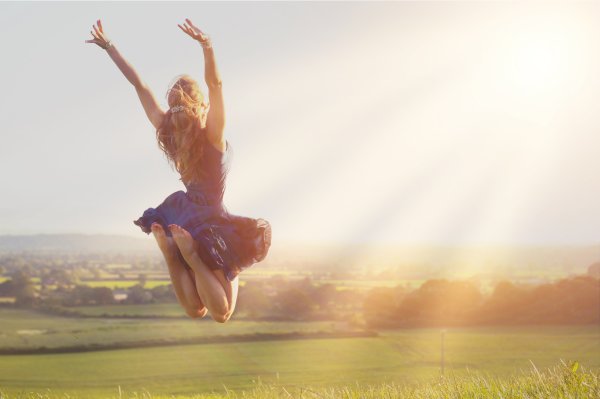 One Simple and Easy New Year’s Resolution Guaranteed to Make You Happier
Next Up: Editor's Pick