Little League Baseball pitcher Mo'ne Davis waves after she throws out the ceremonial first pitch before Game Four of the 2014 World Series at AT&T Park on October 25, 2014 in San Francisco, California.
Elsa—Getty Images
By Noah Rayman

Little league star Mo’ne Davis was named the Associated Press’s Female Athlete of the Year on Monday as the accolades for the young athlete continue to mount.

Davis, who earlier this month was named Sports Illustrated Kid of the Year, stepped onto the national stage when she became the first girl to throw a shutout during a Little League world series. She was 13.

She has since made it onto the cover of Sports Illustrated, met the Obamas, participated in a commercial shot by Spike Lee, and was named as one of TIME’s 25 most influential teens of 2014.

For her latest award, Davis was selected by editors and news directors across the country, beating out runners up Laruen Hill, a freshman basketball player at Mt. St. Joseph who played while battling terminal brain cancer and three-time winner Serena Williams. 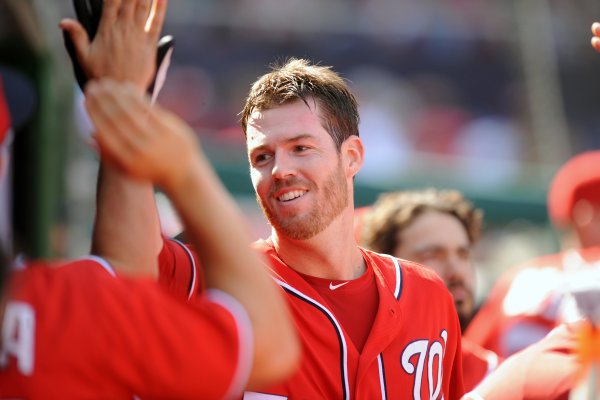 Nationals Pitcher Buys Everybody Starbucks for Christmas
Next Up: Editor's Pick