This Is How Many Americans Will Ring in the New Year

More than 320 million Americans will ring in the New Year, the United States Census Bureau said on Monday.

“In January 2015, the U.S. is expected to experience a birth every eight seconds and one death every 12 seconds,” the bureau said in a statement. “Meanwhile, net international migration is expected to add one person to the U.S. population every 33 seconds.” 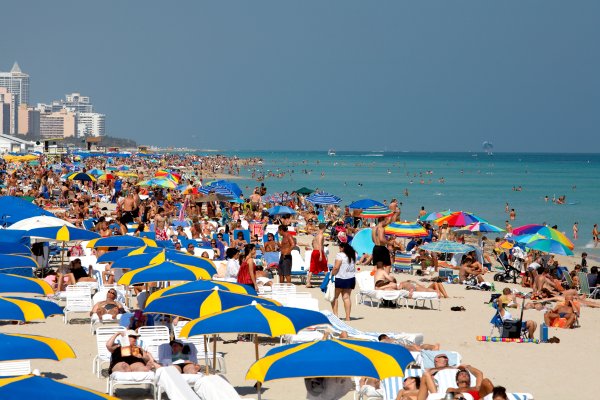 Florida Is Now the Country's 3rd Most Populous State
Next Up: Editor's Pick