A crew member of the Indonesian air force's C-130 airplane looks out of the window during a search operation for the missing AirAsia Flight QZ 8501 jetliner over the waters of Karimata Strait in Indonesia on Dec. 29, 2014
Dita Alangkara—AP
Ideas
By Robert Goyer
Robert Goyer is the editor-in-chief of Flying magazine.

As air-disaster detectives have learned from the early phases of some high-profile accident investigations, evidence can be priceless or useless.

Clues are scarce in the early days of the hunt for AirAsia Flight QZ 8501, the Airbus A320 that disappeared from radarscopes over the weekend, presumably crashing into the ocean, claiming the lives of all 162 on board.

Despite a couple of remarkable similarities, AirAsia Flight QZ 8501 is no Malaysia Airlines Flight MH 370, the Boeing 777 that was lost and has remained lost after going off radar screens shortly after what should have been a routine flight from Kuala Lumpur to Beijing last March.

Here are the important differences:

So while it was tempting to compare the newly missing jet with another lost without a trace in the same part of the world, a much more useful comparison is to the loss of a different airplane in a different part of the world. In 2009, Air France Flight 447 was flying from Rio de Janeiro to Paris when it went missing. The jet, an Airbus A330 with a similar flight-control system to that of the AirAsia Airbus A320, had penetrated an area of strong precipitation.

Only after recovering Flight 447’s black boxes from the floor of the Atlantic Ocean nearly two years after the crash did investigators learn the cause. After it entered an area of stormy weather, the sensors on the airplane that detect its speed and altitude iced over, rendering effectively useless the flight instruments the pilots use to control the airplane. As a result, the flight crew, flying blind in the dead of night, were baffled by the bad information they were getting from their instruments. They consequently crashed a perfectly flyable airplane into the ocean, killing all 228 people aboard.

There are three clues investigators already have to the AirAsia flight that make a compelling early case for the comparison to Flight 447. The first is the clear knowledge of the strength, position and intensity of the storms that the pilots of the AirAsia Airbus were attempting to make their way through. We know that the road ahead was filled with strong radar returns, indicating severe weather ahead.

Clue No. 2 is what we can presume was the last transmission the AirAsia pilots made, asking for a new altitude dramatically higher than the one they had been cruising at and a new direction of flight. Both requests would strongly suggest that the pilots knew that they were fast approaching very bad weather. In fact, it is likely they were already experiencing strong turbulence as a result of flying into the edge of a strong storm cell.

The final clue is a radar readout, reported by several news outlets, of the airplane’s ground speed of a very slow 125 m.p.h. Airplanes fly not because of how fast they’re going over the ground but by how fast they’re flying through the air. So it’s possible that the speed readout on the radar indicates a speed at which the airplane, if it had a strong headwind, could continue to remain flying, but if so, only barely.

The slow speed indicated by the radar is more likely evidence that the big jet had lost aerodynamic lift and was descending out of control.

All these clues add up to the strong possibility that AirAsia QZ 8501 was lost because of a malfunction similar or identical to that of Air France Flight 447.

We can only hope that searchers get a lucky break and can home in on the signal from the missing plane’s flight-data recorder, as only with its wealth of clues will we know for certain what really happened to Flight QZ 8501.

Goyer is the editor in chief of Flying magazine. 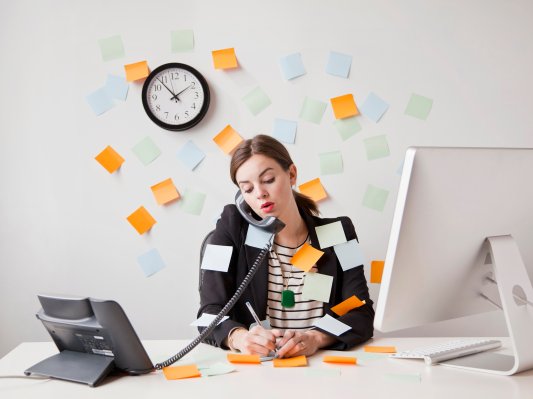 Stop Making 'Workaholics' a Dirty Word
Next Up: Editor's Pick