The Most Overlooked Aspects of Creating a Lasting Morning Routine

Those who know me, know that I love my morning routine. I’m always making adjustments to it, and at its core it revolves around waking up early (before sunrise), working on something important for 90 minutes, and then hitting the gym. I recently shared my most recent routine in a blog post about creating new habits.

Today, I want to share a couple of things about my routine that I’ve neglected to mention in previous articles. These two aspects have enabled me to create a morning routine that has lasted several months, and it’s through my morning routine truly becoming habitual that I’ve seen massive benefits. I hope that these two insights can help you, too.

Why wake up early in the first place?

Before I jump into those two key insights that helped me, I want to share some of my thoughts about why you might want to wake up early at all.

Firstly, I’ve observed that many of the most successful people wake up early. In fact, I don’t know anyone who consistently wakes up before 6 a.m. who isn’t doing something interesting with their life. Some of the top CEOs are well known for waking up super early, many of them at 4:30 a.m.

Additionally, I feel that waking up early sets the tone of “making a choice” for my day. If I leave it to fate as to when I roll out of bed, then I feel like that’s the outlook I’m taking in general. On the other hand, if I choose to get up early and do amazing things in those quiet hours, that’s when I feel like I’m grabbing hold of my life and controlling where I go. That’s the choice I want to make.

Finally, I’d like to ask you – are you working for someone else and have the desire to create your own startup? If that’s the case, then do you leave your “startup building time” to the evening? Why do it after 8 hours of work? You’re going to be exhausted and struggle to be motivated.

I advise you to think about what is a higher priority for you—your dream of a startup, or your work for someone else? Perhaps start working harder on yourself than on your job. When I started Buffer whilst working 5 days per week, it was the choice to work an hour first thing in the morning each day when I was freshest that made a huge difference.

So, if you’re thinking about starting an early morning routine, here are two things that took me a while to notice:

1. Craft your evening routine to get enough sleep

One of the most important things I’ve found when I have attempted to keep up an early morning routine for several days and weeks in a row is that if I let my daily sleep amount get much below 7 hours for too many consecutive days, I will burn out sooner or later.

The best way I have found to counteract this is to decide how much sleep I need (for me it’s about 7.5 hours a night) and then figure out the exact time I need to be in bed. Once I’ve done this, I set up a 30-minute winding down ritual (for me, it’s going for a walk) that allows me to disengage from the day’s work and not have work in my head when I hit the pillow.

The key thing I’ve found is that in order to wake up early over a sustained period of weeks, this evening ritual is just as important as how much I think about my morning routine.

2. Wake up early on weekends, too

Another key aspect I’ve found to having a consistent early morning routine over a long period of time is to pay particular attention to the weekend as well as the week. I certainly believe that allowing imperfection and some slack at the weekend is important, but I personally made the mistake of having a weekend wake-up time that was too divergent from my week day wake-up time. Only once I started to think about the weekend, I hit a chain of many days of early mornings.

Once you’ve decided when you want to wake up during the week, I recommend that you don’t wake up much more than 1 hour later at the weekend. This also probably means that you still need to go to bed quite early on Friday and Saturday night. The problem arises when you wake up several hours later on Saturday and Sunday, and then want to wake up super early again on Monday.

The most likely thing is that Monday will be a little later, and Tuesday too. Perhaps by Wednesday you are back to your early morning waking time, but you will not feel that magical state of gliding along, having several days in a row of early mornings and productive quiet hours.

This article originally appeared on Buffer.

Read next: 5 Best Morning Rituals for a Super Productive Day 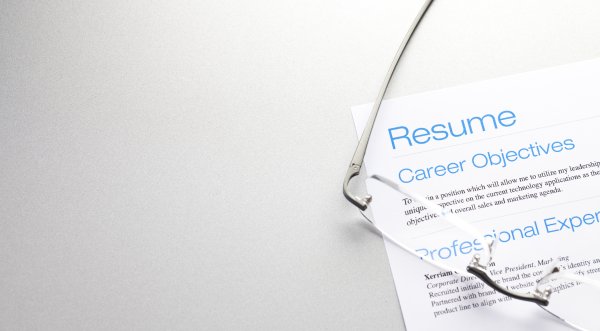 185 Powerful Verbs That Will Make Your Resume Awesome
Next Up: Editor's Pick