Vin Diesel Suggests He May Have New Marvel Role

Actor Vin Diesel posted a Facebook photo Sunday of himself standing in front of the words: “Are you inhuman?”

The cast of a film based on the Marvel comic Inhumans, scheduled to come out Nov. 2018, has not yet been revealed, The Hollywood Reporter writes. Diesel has already voiced a human-tree character in Marvel’s, Guardians of the Galaxy in 2014.

This is the second time Diesel has hinted at a role in the same Marvel project. In August, he posted a photo to Facebook with the text: “I get the strange feeling that Marvel thinks I’m Inhuman… Haha.” 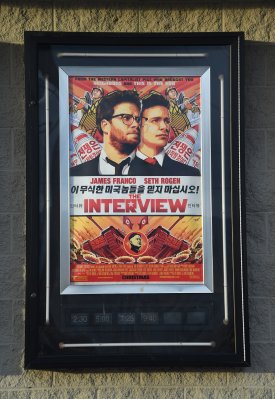 The Interview Makes Millions
Next Up: Editor's Pick