British chef Jamie Oliver turned down the opportunity to appear as a hobbit in one of Peter Jackson’s films due to a scheduling conflict.

Oliver was offered the role in exchange for cooking the director’s 50th birthday dinner, according to the BBC. The chef revealed the offer during his new show “Jamie And Jimmy’s Friday Night Feast”.

Unfortunately Oliver was working and couldn’t fly out to New Zealand where most of the filming took place.

The Hobbit: The Battle of the Five Armies was recently released in theaters. 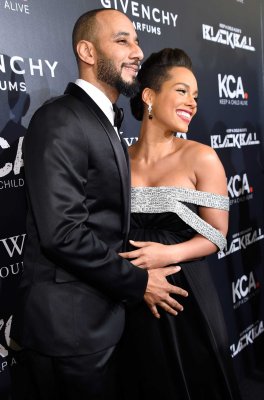 It's Another Boy for Swizz Beatz and Alicia Keys
Next Up: Editor's Pick