Smoke rises from an oil-tank fire in the Sidra port in Libya on Dec. 26, 2014
Reuters
By David Stout

Oil prices jumped as markets opened on Monday morning, after falling during two consecutive sessions, as ongoing hostilities between militants and government forces stoked concerns about crude supplies from the North African nation.

Fighting in Sidra late last week was responsible for causing a fire at one of the country’s main export terminals, resulting in the destruction of 800,000 barrels of crude, according to Reuters.

Over the weekend, the central government struck back at militant fighters in retaliation, launching air raids over the city of Misratah, where one of the country’s strongest rebel groups is based, reported the BBC.

Libya has been in a state of perennial instability since the overthrow and murder of former strongman Muammar Gaddafi in 2011. 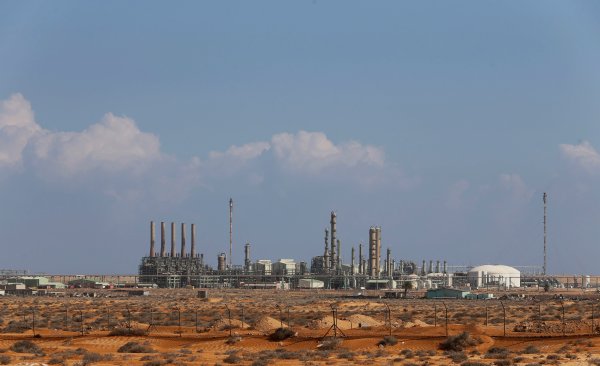