It's Another Boy for Swizz Beatz and Alicia Keys

The music producer and “Girl on Fire” singer welcomed their second child together on Saturday, Dec. 27, the couple announced Sunday via Instagram.

His holiday arrival is also the perfect present for the couple’s 4-year-old son Egypt Daoud, who was looking forward to being a big brother.

“I think he’s super excited because he’s not going to be the youngest anymore,” Keys told PEOPLE in October. “He’s always kissing my belly.”

The mom-to-be and fashion designer Beatz — who is also dad to daughter Nicole and sons Prince Nasir and Kasseem from previous relationships — announced in July that they were adding another baby to their brood.

“Happy anniversary to the love of my life,” Keys wrote on Instagram. “And to make it even sweeter we’ve been blessed with another angel on the way!! You make me happier than I have ever known! Here’s to many many more years of the best parts of life!” 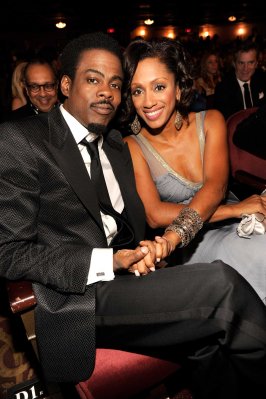 Chris Rock and Malaak Compton-Rock Split After 19 Years
Next Up: Editor's Pick