Chris Rock and his wife are divorcing after nearly 20 years together.

“After much contemplation and 19 years of marriage, Chris and I have decided to go our separate ways,” Malaak Compton-Rock, a philanthropist and founder of the nonprofit styleWorks, said in a statement Sunday. “Being fortunate enough to lead a life of service by working with those most vulnerable makes me well aware of life’s blessings, even when faced with difficulties.

“While recognizing that this is a significant change, my children remain at the center of my life and their well-being is my top priority. It is in this spirit that I sincerely ask that their privacy and the privacy of our family be respected during this transition in our lives.”

“Chris Rock has filed for divorce from his wife, Malaak,” Cohen said in a statement. “This is a personal matter and Chris requests privacy as he and Malaak work through this process and focus on their family.”

In 2010, they shot down claims that Rock had fathered another child out of wedlock. Three years earlier, the stars defended their “happy” relationship and “beautiful family” amid divorce speculation.

“The best part is just having a partner,” Rock said in 2007 of being married. “There is no real worst part. I’m not going to say there’s a worst part. I mean, I’m a comedian – comedians like to work alone. So maybe I’m not the ideal guy to be married to, in that sense.”

Read next: Chris Rock and Questlove Talk the Greatest MCs of All Time and Collaborating on New Movie ‘Top Five’ 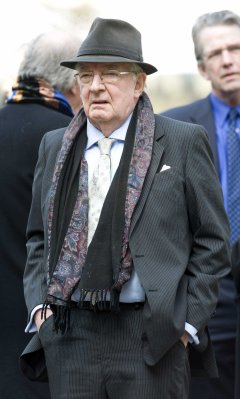