Thousands gathered to honor the life of New York City police Officer Rafael Ramos, who along with his partner Wenjian Liu, was shot in broad daylight the weekend before Christmas.

Vice President Joe Biden, New York Governor Andrew Cuomo and New York City Mayor Bill de Blasio were among the many government officials who offered their condolences to the family of Rafael Ramos during his Saturday morning services at the Christ Tabernacle Church in Glendale, Queens.

“Being a cop is not what they did,” Biden said of Ramos and Liu, both shot in broad daylight in Brooklyn last weekend. “It was who they were.”

Mayor Bill de Blasio said of Ramos: “New York City has lost a hero.” During his remarks, officers outside of the church turned their backs on the mayor.

Gov. Andrew Cuomo praised the NYPD’s response to Eric Garner protests over the past couple of weeks and added, “Nothing will ever defeat or divide our New York family.”

New York Police Commissioner William Bratton used strong language during his remarks, saying the two officers were “assassinated” by a “madman” for choosing to serve his community as a member of the police department. He also spoke about the need for healing and bringing the city together in the wake of the officers’ deaths. “If we can learn to see each other, we’ll heal,” he said.

At the funeral, Bratton promoted both Ramos and Liu to detectives and posthumously appointed Ramos as an honorary chaplain. 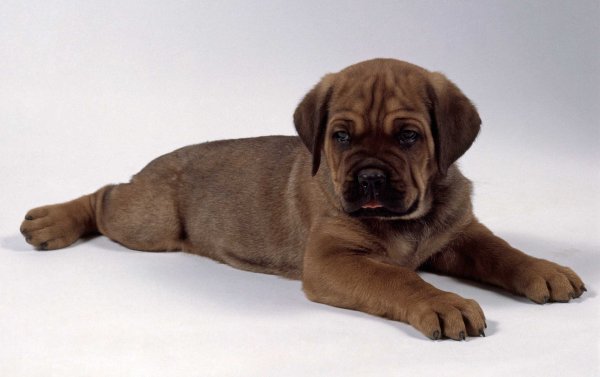 Burglars Steal 4 Puppies on Christmas Day
Next Up: Editor's Pick