These Companies Won the Holiday Shipping War This Year

Retailers angling to give shoppers more time to place frantic, last-minute Christmas orders online were mostly able to deliver the goods on time this holiday season.

Only 7% of packages shipped by 40 retailers tracked by customer-service data tracker StellaService missed their promised delivery dates during the crunch time in the days ahead of Christmas. Last year, when StellaService tracked 25 retailers, 12% of packages were late.

“The retailers did a good job of getting these packages out the door,” StellaService vice president of research Kevon Hills told members of the media during a conference call. “[Retailers] internally ensured that their systems were set up and the infrastructure was in place to get packages out in time.”

Management consulting firm Kurt Salmon also reported retailers did a better job this year. It found 13% of orders did not make it to shoppers in time for Christmas (based on an analysis of nearly 100 last minute e-commerce orders). That was an improvement from a 15% failure rate in 2013.

The data signal a notable improvement from 2013, when a late surge in online purchases blindsided United Parcel Service and retailers and resulted in a few million packages arriving later than anticipated. Since then, firms have invested millions to ensure a smoother process. And earlier this month it was reported that UPS and rival FedEx held retailers to certain volume commitments in the final days before Christmas to avoid another snafu.

Four companies — Apple, Dell, Nordstrom and Zappos — performed the best, StellaService said. That group offered the most aggressive with a shipping cutoff date of Dec. 23, and all four retailers were able to deliver their packages by Christmas.

To evaluate the industry, StellaService tracked four orders that were placed in four separate regions of the country — the East, Midwest, South and West. The orders were placed around the time of the holiday shipping cutoff, the window of time retailers said they would need to guarantee gifts would arrive on time to get prime space under shoppers’ Christmas trees.

Retailers have had to get aggressive on shipment promises in part to react to the threat posed by Amazon.com. Amazon on Friday said its customers ordered “more than 10 times as many items with same-day deliveries” this year than in 2013. The last one-day shipping order Amazon delivered in time for Christmas was sent to Philadelphia on Dec. 23 at 2:55 p.m. The last “Prime Now” order delivered at Santa-like speed was an order placed on Dec. 24 at 10:24 p.m. and delivered 42 minutes later.

StellaService’s Hills said that overall, carriers were more communicative about the amount of capacity they could fulfill this year, and they held retailers to those promises.

“It made for a better holiday season for a lot of folks,” Hills said.

But those promises come at a cost. Hills said retailers foot the bill for last-minute orders. And it is important for them to make (and ultimate complete) those orders online to boost revenue and keep as much market share as they can. Additionally, if packages arrive late this year, it could result in a shopper turning to competitors for the next holiday season.

And while it appears this year was an improvement, the top retailers weren’t perfect. Nine of the top 40 retailers missed delivery to at least one region. Those retailers were Best Buy, Costco, Crate & Barrel, J.C. Penney, Kohl’s, Macy’s, Staples, Toys ‘R’ Us and Wayfair.

Staples and Toys ‘R’ Us missed delivery in multiple regions, and Staples even cancelled an order without notifying the shopper, according to StellaService.

It is difficult to assign blame when orders are delayed, with mixed messages coming from the parties that track shipping trends. StellaService said packages that were delayed were often packaged and shipped on the same day by the retailers, suggesting they did their part to get orders out the door quickly. But that doesn’t necessarily mean the carriers were to blame, as StellaService said it can’t speculate on the internal conversations between the retailers and shippers.

“Major carriers (UPS, FedEx and USPS) were not to blame for any of the failures Kurt Salmon analyzed,” the firm said. Last year, the woes were almost evenly split between retailers and carriers.

Still, retailers are learning new tricks along the way. Toys ‘R’ Us, for example, marketed their omnichannel capabilities aggressively on their website once the shipping cutoff passed. Toys ‘R’ Us told customers that orders could still be placed online and picked up at retail stores, using their physical presence in shoppers’ neighborhoods to their advantage. 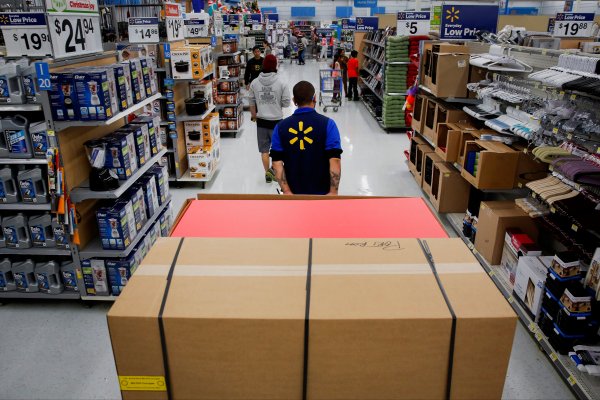 Minimum Wage Hikes to Affect More Than 1,400 Walmart Stores
Next Up: Editor's Pick