Sure, you could celebrate freedom of speech by watching The Interview in the comfort of your own home. But if you head to one of the independent theaters showing the controversial movie, you might just get a surprise visit from one of the film’s auteurs—provided you live in Los Angeles, that is.

Seth Rogen—The Interview‘s co-star, co-writer, and co-director—and his partner Evan Goldberg (co-writer, co-director) made a surprise appearance at a 12:30 a.m. screening of the film in Los Angeles last night. “Thank you so f—ing much for coming. We thought this might not happen at all,” Rogen told a roaring crowd at the Cinefamily theater. He and Goldberg also demonstrated their uncanny ability to finish each other’s sentences: “The fact that you guys came out…” Goldberg began, only for Rogen to finish: “…is super f—ing exciting.”

See the pair introducing the movie below—and note that there’s strong language ahead, in case that wasn’t clear from the quotes. 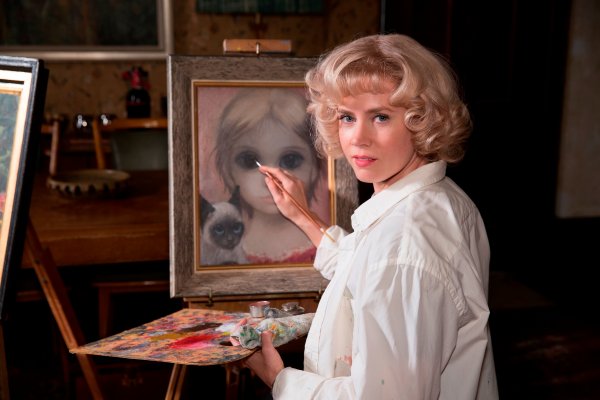 The True Story Behind Big Eyes
Next Up: Editor's Pick