Unbroken Hits the Ground Running Ahead of Weekend Box Office

The starting line is crowded, but Unbroken got off on the right foot this Christmas weekend box office.

Close to 2,000 theaters in North America had showings that evening, and the film expands into 3,131 total on Christmas Day. Universal Pictures expects Unbroken to gross approximately $17 million to $19 million at the box office by the end of the Christmas weekend.

The competition is steep, however — the film is squaring off against a busy holiday season with returning hit The Hobbit: The Battle of the Five Armies (expected to top the box office with $30-35 million this weekend after taking in $6 million on Christmas Eve) and other wide releases such as The Gambler, Big Eyes and Into the Woods. 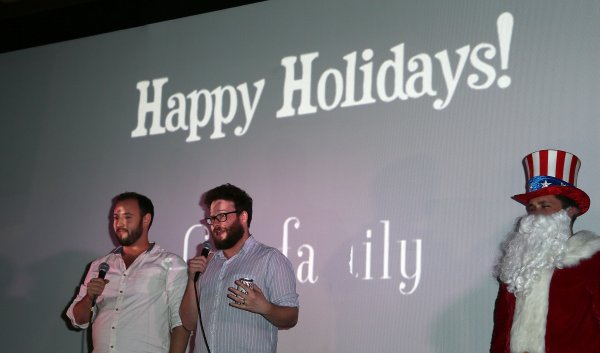 See Seth Rogen and Evan Goldberg Introduce a Screening of The Interview
Next Up: Editor's Pick