The bigger the flop, the more overpaid the actor or actress, according to Forbes. And this year’s actor who earned the biggest salary for the smallest box office returns is a repeat winner—or loser, depending on how you look at it.

Forbes has deduced the ten stars who are taking in the most money personally while making the smallest comparative dent at the box office. For the second year in a row, Adam Sandler is the most overpaid actor according to Forbes‘ annual “Most Overpaid Actors in Hollywood” list.

Sandler ranked as the most overpaid actor. According to Forbes‘ metrics, for every $1 he was paid, his films brought in an average of $3.20.

For its list, Forbes compared earning estimates from the outlet’s “Celebrity 100″ list, taking into account the last three major films made by each actor before the cutoff date (June 2014, in this case), as well as the production budget and revenue for those films as tallied by Box Office Mojo. Forbes then divided the star’s total haul by the operating income of each film to come up with each one’s determining number.

Animated films, as well as small cameos or films released on less than 2,000 screens, were not taken into account—so don’t expect to find out whether the raccoon that served as the inspiration for Rocket in Guardians of the Galaxy is the most overpaid animal in Hollywood.

Sandler was followed by Johnny Depp, who, despite his general success over the last decade in franchises like Pirates of the Caribbean and Alice in Wonderland, has recently starred in a number of underwhelming films, like The Lone Ranger and Dark Shadows. Depp’s movies brought in $4.10 for every $1 he earned. Ben Stiller, Ryan Reynolds, and Tom Hanks filled out the top five.

The list is almost entirely made up of male actors, with Sandra Bullock coming in at #10 as the only woman to appear. Forbes makes a note of Bullock, and Channing Tatum’s placement on the list, saying that, traditionally, the two would not be considered overpaid. It’s due to Forbes‘ specific calculations that they show up.

Bullock and Tatum earned huge paydays because of the profits garnered by well-performing films like Gravity and Magic Mike, respectively. Their upfront payments were not nearly as large as those of other actors on the list—but because of deals that allow Bullock and Tatum to profit off films’ box office hauls, Forbes‘ method earned them spots on the list. 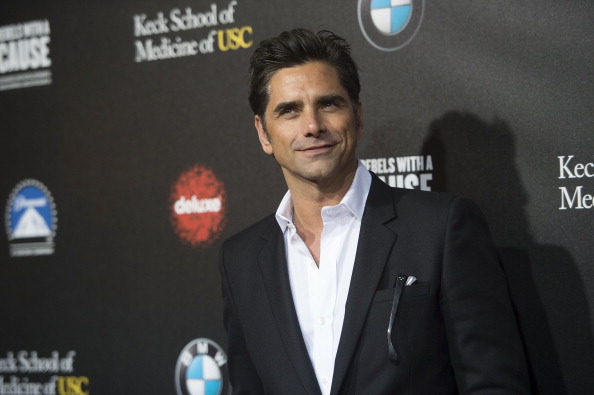 John Stamos Foots the Bill for Holiday Shoppers
Next Up: Editor's Pick