This undated file photo released by his family via FreeAmir.org shows Amir Hekmati.
Hekmati family—Freeamir.org/AP
By Per Liljas

Marine veteran Amir Hekmati has quit his hunger strike in Iran’s Evin Prison after officials said they would take steps to have his case revisited by Iranian authorities.

A spokesman for the Hekmati family declared Tuesday that the 31-year-old had ended the strike he started the week before, reports the Flint Journal.

Hekmati, an Arizona native and long-time Michigan resident, was arrested in Iran in August 2011 on allegations of being a spy. His family claims he was simply visiting his grandmother in Tehran.

Last week, Hekmati released an open letter to U.S. President Barack Obama that he dictated over phone to his family.

“It is my hope that after reading this letter you, or anyone who may see this, will help end the nightmare I have been living,” the letter stated. “As you are well aware, I have been detained in Evin Prison in Iran for more than three years. … I remain confined without a fair trial and no idea or understanding of what is to be my fate.”

U.S. officials have been outspoken in their support of Hekmati, and a group of fellow Marine veterans who joined Hekmati’s hunger strike have vowed to continue until “Iran does the right thing.”

“We welcome their willingness to revisit his case, but the only solution here is to free Amir unconditionally,” said Marine veteran Brandon Walker.

The Hekmati family’s spokesperson voiced their appreciation for those who support his case: “The family, particularly Amir’s ailing father, is deeply moved by the thousands who have joined the campaign.” 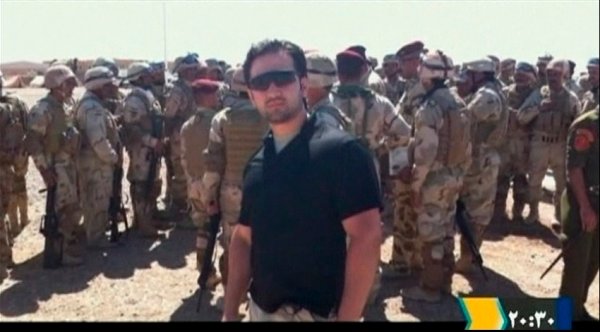 Ex-Marine Held in Iran Goes on Hunger Strike
Next Up: Editor's Pick