Eastwood stars in The Longest Ride as a cowboy/bull-rider who falls for a blonde college student, Sophia, played by Britt Robertson. Per the usual Sparksian tropes, the cowboy goes by the generic hot guy name of Luke, Luke’s career threatens the very foundation of their relationship, and their love becomes intertwined with the past romance of an elderly man, Ira, played by Alan Alda. (?!)

Also, if the trailer is to be believed, their meet cute occurs when Luke throws his cowboy hat over to Sophia; the hat becomes a supporting character in the trailer. The Longest Ride, indeed. Take at look at the chest-baring trailer for film, because there is a lot of that. 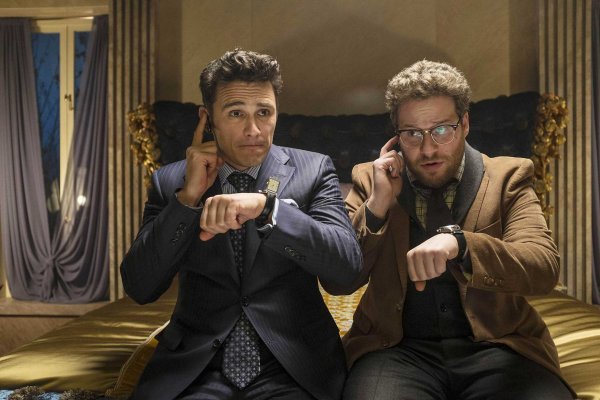 The Interview Is Now One of the Highest-Rated Movies on IMDB
Next Up: Editor's Pick