The 7 Most Fascinating Lives Lost in 2014

The bold-faced names that died in 2014 received tributes aplenty. But the obituary pages offer us a chance to look at many people–the anonymous, the obscure or just the people we wish we’d had a chance to meet–who stayed outside the headlines in recent years or for their entire lives.

Here are seven of the most fascinating lives lost in 2014 (remembered outside the digital or print pages of TIME).

Yuri Kochiyama: The Civil Rights Movement is often thought of as an African-American cause, but Kochiyama — who was, along with her family, sent to an internment camp in California during World War II — proved otherwise. She was an activist on behalf of people of many races. She was friends with Malcolm X (and in the room when he was shot). Later in life she helped advocate for reparations for Japanese-Americans.

Read the full obituary from NPR

The 18th Duchess of Alba (pictured here in her youth): She held more titles than any other person on earth. She owned thousands of paintings including the works of Titian, Goya and Velasquez. Her second husband was a defrocked priest. Her third a man 24 years her junior. The Spanish royal “fascinated and appalled in almost equal measure,” the Telegraph recalled in November.

Read the full obituary from The Telegraph.

R.A. Montgomery: Though few of them probably knew his name, decades’-worth of children benefited from Montgomery’s invention. In the 1970s, as a publisher at a small company, he saw the potential in an idea that others had rejected. That idea was Choose Your Own Adventure.

Read the full obituary from io9

Chester Nez: As a child, Nez was chastised for speaking his native Navajo language at school — but that language held him in good stead when, as a teen, he became one of the original “code talkers” who helped the Marine Corps communicate secretly during World War II. After the work he’d done was declassified, he received the Congressional Gold Medal.

(If Nez’s life interests you, there are many more stories of WWII-era perseverance and pluck in this year’s obituary archives. For example: Margaret Beedie, a Bletchley Park codebreaker who maintained secrecy about her work for much of her life; and Eroni Kumana, the Pacific islander who in 1943 rescued future-president John F. Kennedy after his PT-109 had been sunk; and Hiroo Onoda, the Japanese Army officer who famously remained at his station until 1974. Or, for the story of someone on the other side of the fighting, read about Alice Herz-Sommer, a pianist who at the time of her death in February was regarded as the oldest Holocaust survivor in the world.)

Karen DeCrow: Better-known heroes of the 1960s and ’70s Women’s Liberation movement still have their names in headlines regularly, but though she was once president of the National Organization for Women, DeCrow is often absent from today’s stories about feminism. Though she successfully campaigned for women’s rights for years, her unusual-within-the-movement views caused division; The Atlantic remembered her as a “men’s-rights activist.” (Another interesting and lesser-known feminist who died this year was Sandra Bem, a psychologist who worked to show that gender norms were based on cultural demands rather than biology; she had been diagnosed with Alzheimer’s and had decided, as her conditioned worsened, to pre-select the day on which she would end her own life.)

Walter R. Walsh: Where to start with this one? Walsh was an Olympic athlete, a sharpshooter for the J. Edgar Hoover-era FBI, a record-holding marksman, a Marine who was involved in the invasion of Okinawa and, at the time of his death, one of the only living erstwhile FBI agents who was older than the agency itself. (For another multi-hyphenate life, read up on Sam Greenlee, a filmmaker, novelist and activist who drew on his time working in U.S. embassies on behalf of the United States Information Agency.)

The Auto-Obituary: Our final pick isn’t so much a single obituary as it is a major obituary trend from 2014. This was the year of the obituary written by the person in question. The actor James Rebhorn brought the idea some publicity in March with a reflection on his own life, and how he was “a lucky man in every way,” but non-celebrities also garnered attention with their offbeat, touching or insightful words on the occasion of the ends of their own lives. Several of those people even found themselves posthumous viral hits: There was the woman who joked that growing up in “the era of ‘Children should be seen and not heard'” convinced adults that she and her sister were mute, the man who headlined his “McGroarty Achieves Room Temparture!” and the comics superfan who revealed his secret identity (Spider-Man).

Though these auto-obits may not be the tales of derring-do that can elevate lives to the obituary page of the Times or Telegraph, they’re fascinating for a different reason: they reveal that even the most ordinary-seeming life has the potential to surprise the person who’s living it.

Correction: The original version of this list included an obituary for Maxine Powell, who died in 2013. 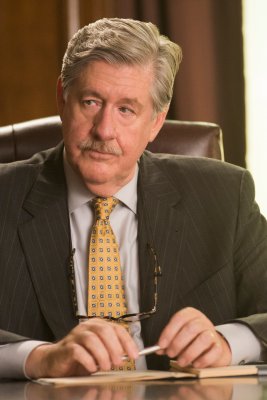