The 1919 Theory That Explains Why Police Officers Need Their Guns

In 1919, with the smoke still clearing from the battlefields of the First World War, the German sociologist Max Weber began a systematic study of the nation-state by defining a state as any “human community that successfully claims the monopoly of the legitimate use of physical force within a given territory.” But what constitutes legitimate force? We should keep this question in mind when considering the run of recent events involving conflicts between police and citizens, from the killing of two unarmed black men by cops in Ferguson, Mo., and Staten Island, N.Y., earlier this year, as well as the murder of two police offers in New York City this past weekend.

Over the course of many centuries the criminal justice system, with its armed police, replaced self-help justice conducted by gangs and individuals. Human communities such as drug gangs and mafia syndicates use physical force, but it is not legitimate and they do not have a monopoly; this leads to higher rates of violence because there is no strong state to act as an objective third party to oversee disputes. In Mexico, for example, the high incidence of violence can be traced in part to the inability of the state to enforce its drug laws, leading gangs to settle their differences themselves. States, for all their faults, have more checks and balances than individuals. This is why Justitia—the Roman goddess of justice—is often depicted wearing a blindfold (symbolizing impartiality) and carrying a scale on which to weigh the evidence in one hand and a double-edged sword, for her power to enforce the law, in the other.

Today the state’s justice is conducted through two systems: criminal and civil. Civil justice deals with disputes between individuals or groups, whereas criminal justice deals with crimes against the laws of the land that are punishable only by the state. This is why criminal cases are labeled The State v. John Doe or The People v. Jane Roe: the state is the injured party. California, for example, continues to pursue charges against the filmmaker Roman Polanski, who pleaded guilty to unlawful sex with an underage girl in 1977, even though she—a woman now in her 40s—has requested that the state drop the charges. In late December 2014 he filed another motion to have all charges against him dropped, and the woman in question has even offered to testify on his behalf, but the state of California is unlikely to drop the charges because that would show weakness in its commitment to the rule of law.

That’s why people sometimes take the law into their own hands, via vigilantism or protest, when they do not feel that the law is fair to them: because the criminal-justice system acts on behalf of only the state, rather than on behalf of individuals, it requires trust in the state in order to work. That trust is lacking for many black communities in America; a 2013 Gallup poll, for example, found that 25% of whites but 68% of blacks believe that “the American justice system is biased against black people.”

This theory is important to keep in mind when thinking about what happened between 12:01pm and 12:03pm on Aug. 9, 2014, in Ferguson, Mo., when police officer Darren Wilson shot and killed teenager Michael Brown. Was his use of physical force legitimate or not? A grand jury determined that it could not make such a determination based on the conflicting eyewitness accounts, and so Wilson’s actions will not be considered criminal by the state. Something similar happened in New York when Eric Garner died at the hands of the police — was it a legal “grappling hold” or “headlock” or an illegal chokehold? Even with video evidence the grand jury voted not to indict the police officers. Though Brown’s and Garner’s families may choose to pursue civil cases, only the state can say — or, as the case may be, not say — that a crime has been committed.

Though much remains unclear about what happened in these situations, Weber can also help us understand how a seemingly innocent encounter between a citizen and a police officer could escalate into lethal violence. When Officer Wilson asked Michael Brown to move from the middle of the street to the sidewalk and Brown refused, Wilson was faced with the dilemma all cops face when a suspect refuses to comply: back down and thereby lose both the monopoly and the legitimacy of law enforcement, or ratchet up the intensity of tactics to achieve compliance. The latter is what happened on that fateful day when Brown not only refused to comply with Wilson’s demand, but — according to Wilson — also reached into his squad car to grab his gun. The case of Eric Garner was similar in that when he was approached by the police on suspicion of selling single cigarettes without tax stamps, he responding by complaining of being harassed by the police. In response, the police moved to arrest Garner by physically grabbing him, which he also resisted, leading to an escalation of violence and his death.

In a world where Weber’s theory is in effect, allowing a civilian to potentially use force against the police is a challenge to the whole fabric of society. Though it’s possible to debate how much police force is legitimate, any non-police force is inherently illegitimate. This is why the killing of two New York City police officers — 40-year old Rafael Ramos and 32-year old Wenjian Liu — on December 20 is likely to shift the sympathies of the public away from the peaceful protesters marching against injustice and back toward the police, especially after news reports surfaced that the alleged shooter, Ismaaiyl Brinsley, posted on social media that it was in retaliation for the deaths of Michael Brown and Eric Garner. This is most likely a one-off event unlikely to be repeated in cities across the U.S., but it nonetheless punctuates the point that there’s a reason the police in all civilized states are armed in one way or another.

The deaths of Michael Brown, Eric Garner, Rafael Ramos and Wenjian Liu were tragedies that need this kind of perspective. In fact, race relations today are increasingly positive and the state’s use of force would probably seem to most people, by and large, to be more “legitimate” than ever.

Urban violence from the 1950s through the 1980s was commonplace, a regular feature on the nightly news; it’s now mostly relegated to historical documentaries. And racist attitudes of Americans really are on the decline. Polling data show, for example, that in the 1940s nearly three-quarters of Americans agreed that “black and white students should go to separate schools.” That figure collapsed to almost zero by 1995, when pollsters quit asking the question. In 1960 almost half of all white Americans said that they would move if a black family moved in next door. Today that figure is also close to zero. At the turn of the 20th century lynchings were commonplace, averaging a couple a week through the 1920s, finally coming to an end by the 1950s, as shown by data from the Oxford University economist Max Roser. A 2013 Gallup poll on interracial marriage also shows the positive trend in tolerance over the past half century; in keeping with other rights revolutions where age is a factor in becoming more tolerant, the younger respondents, the population of the future, were the most approving of interracial marriage. And think about the case of Donald Sterling, forced to sell his basketball team, the Clippers, for racist remarks he made in private to his mistress. In the 1950s an old white guy who thought of blacks like Sterling seems to today wouldn’t have needed to be especially private about his prejudices. Today, the few who still think like this mostly keep it to themselves or publish their views in fringe white supremacist newsletters or web sites.

Clearly, as recent events have shown, racial violence is not zero and we have a ways to go before America is truly color blind, but, as the oft-quoted Martin Luther King line says, the arc of the moral universe really is bending toward justice. It would be good to keep that fact in mind when watching the daily news. There’s good reason for our police to have weapons they feel free to use, and for the most part they apply that force judiciously — and, with that in mind, we can continue working on refining what is meant by Weber’s “legitimate use of force” to insure that it is rational, reasonable and applied to everyone equally.

Michael Shermer is publisher of Skeptic magazine (skeptic.com), a Presidential Fellow at Chapman University and a monthly columnist for Scientific American. His new book, The Moral Arc, comes out in January. Follow him on Twitter @michaelshermer 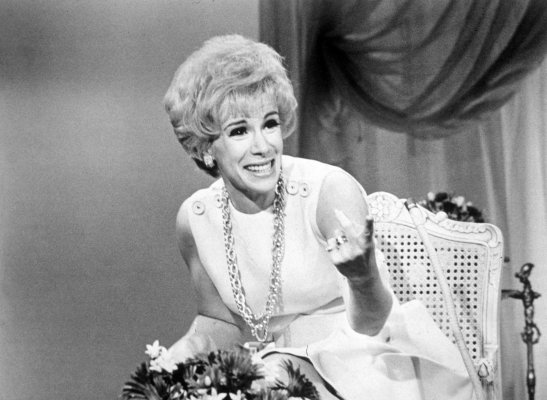 Remembering Those We Lost in 2014
Next Up: Editor's Pick