Take it from me: There’s nothing better than waking up next to your forever sweetheart. But I speak from experience when I say there’s little worse than trying to find him if you don’t know what you’re doing.

For many years, I struggled and got my heart broken. Finally, it occurred to me: I’m a science nerd. Haven’t some other nerds studied the foundation of successful relationships? And if so, could I game the data and make it work for me?

I Stopped Thinking Love Was Enough

Love Is All You Need makes for a great song, but not a workable life plan.

BS (Before Science), I fell in love and hoped everything would work out; after all, isn’t it true that if you have love, you’ve got it all?

Lots of folks think so. Most Americans list love as the main or only reason for marriage, and that’s a trend found throughout the Western world. But that doesn’t always pan out so well; just consider the 47% divorce rate for first marriages, and the 75% divorce rate for couples where both partners brought children to the union.

Or consider my own divorce. I loved my ex; but it didn’t save us.

I’m not suggesting love is unimportant. All over the world, love is literally considered indispensable in a life mate. And folks who don’t love their mate tend to cheat or leave. So don’t marry without it! But science now shows that love is “necessary but not sufficient” — required, but not the only requirement.

I Started Valuing The Right Stuff

Fortunately, 4+ decades of research showed me what’s absolutely necessary in a partner if you want your marriage to be long and happy: kindness, respect, and similarity.

As Dave Barry said, “A person who’s nice to you but rude to the waiter is not a nice person.” Science couldn’t agree more. In fact, it’s impossible to overstate the importance of finding and being someone kind and respectful — not only to us, but to others, even when things aren’t going their way. The wrong partner takes their bad day out on others; the right one exercises self-control and treats us well anyway.

Research in 37 countries and cultures also shows it’s also vital to find someone as similar to us as possible. People don’t argue over the ways they’re alike! In one big study, scientists listed the most common things couples argue over, and every topic began with the word “differences.” Choosing birds of a feather will make your whole life happier, whereas opposites detract.

The surprising way to get similarity? Make a list of everything you want in a partner, and then divide it into your Must-Haves and Desirables. Must-Haves are just that — things without which this relationship is a no-go. Desirables are things you’d love to have, but if the guy was otherwise golden, you could happily compromise.

The List helps you get someone similar to you because as it happens, most folks end up describing themselves. Those are the best standards you can have.

I did all this, and Vic was a total mesh and mensch. My every day is happy because I can be myself and know he loves that — and versa-vice.

Right now, America is smack-dab in the middle of hook-up culture — a nebulous way of getting involved where people start with some level of sexual activity, then fall in love (or not), and only then examine whether they’re compatible.

This is a problem for at least two reasons. First, as we’ve already seen, we can fall in love with someone wrong for us. And second, hooking up can make it much likelier that women will fall for Mr. Wrong, while simultaneously prodding men to remain emotionally detached. In one study, fully 75% of women in a hook-up scenario said they were having a tough time keeping their emotional distance — but 75% of men said just the opposite!

Falling in love with the right one, and having him love us back, means reversing the hook-up process.

So I did. I made a list of what I wanted in a mate; I screened for kindness, respect, and similarity before allowing myself to fall deeply in love; and I made sure sex happened after everything else.

I gave myself the gift of using the best odds — in the right order.

Feeling hopeless? I know I did. In fact, Vic and I met when I was so disheartened from a prior break-up, I wanted to hole up and eat Little Debbies ‘til the end of time.

But science taught me that hope is the realistic attitude when it comes to finding and keeping love. Most people find a permanent mate; and twice as many married people are very happy than people who are living together, single, divorced, or widowed. Finding and keeping one good marriage partner makes people healthier, wealthier, happier, more accomplished, more sexually active and satisfied, and even longer-lived. I’d always wanted all of that; who wouldn’t?

If all these other people could do it, why not me? Why not you?

Plus, when we’re hopeless, it becomes a self-fulfilling prophecy; we don’t make the effort, because we don’t see the point.

I also ditched the “There are no good men” line of thinking. I’m a pretty good person, and I’ll bet you are, too. And you can expect to attract what you offer. In fact, finding and marrying our equal is so common, there’s a scientific term for it: the matching phenomenon.

So I knew that if I had good stuff to offer, it was entirely reasonable to hold out for someone who had that good stuff in return. Vic and I are true peers — seeing eye to eye and loving each other to the core.

I Stopped Expecting Dating To Be Fun, & I Started Going Out Whether or Not I Felt Like It.

Science also taught me something else about hope: When we work toward our goals, especially when the task isn’t necessarily fun, hope grows stronger.

So instead of waiting for hope to grow, or expecting dating to always be fun, I took action and watched my attitude follow.

Specifically, I developed a policy of going out anytime someone asked me, regardless of my desire to date. Despite a terrible break-up just prior to meeting Vic, I said yes when he asked to see me.

Here’s where I’m supposed to say we lived happily ever after. And it’s true; just not in the “head over heels from the day we met” kind of way.

See, I’m in an arranged marriage. I arranged it, through science instead of kin. Tired of being hurt, I learned everything I could about finding and keeping love, and I applied it. I persevered no matter how disappointed or heartbroken I’d been, because I learned to look at dating as a process not unlike job interviews; I needed someone fantastic for the job of My Life Partner, and I needed to work for as long as it took until I found him and he found me right back.

I nurtured hope, which is realistic, instead of pessimism, which is fatalistic. I showed men I liked them, but I didn’t let my heart go until they matched me and loved me first. I applied the science, much as a loving family might apply their standards, levelly and coolly, to choose a mate for their beloved grown child.

I didn’t marry for love. I married for a good match in every important regard, plus kindness, respect, similarity — and love. I got what research shows people tend to get from that: a love that started slowly and has built every year. Vic and I are coming up on our seventh wedding anniversary. I love him more now than the day we wed, and more every year than the year before.

Upshot? When I met the love of my life, I didn’t choose him for romantic reasons at first. I chose him because the science said to. The romance followed, stronger and stronger, and we will love each other for a lifetime. I wish the same for you.

This article originally appeared on xoJane.com 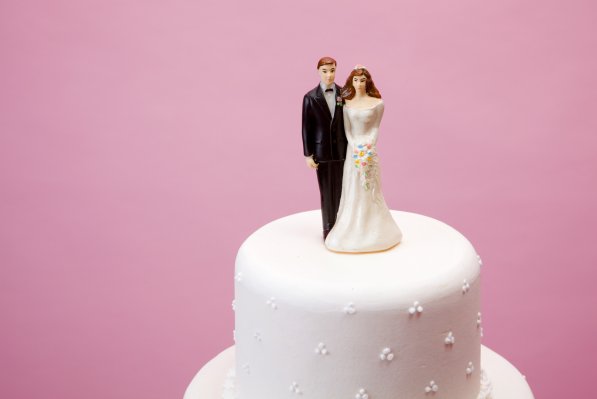 5 Ways You Can Knowingly Destroy Your Husband And Kill Your Marriage
Next Up: Editor's Pick