As Ebola continues to devastate entire regions in West Africa, one survivor of the infectious disease is preparing to deliver a plea for help on Christmas Day.

William Pooley, a British nurse who contracted the disease this summer in Sierra Leone, has been asked to deliver a special Christmas message on a British television network. Pooley, who overcame the disease after he was air-lifted back to the U.K. for treatment, has since returned to continue working in Sierra Leone, helping those stricken with Ebola.

According to the BBC, Pooley will say in his message that “Ebola is unlike any disease I’ve ever witnessed. Nothing can prepare you for the effect it has on the infected, on their families and on their communities.”

“I don’t want to make you feel guilty, but I would like you to think just for a few minutes about what you could do to help,” he’s expected to continue. “This is a global problem and it will take the world to fix it. What a wonderful Christmas present that would be.”

The message will be aired on the British network Channel 4, which has aired its own Christmas speech as an alternative to Queen Elizabeth II’s own annual Christmas Day speech since 1993.

Pooley has spoken out in the past about other efforts to bring awareness to the Ebola crisis many in Sierra Leone, Liberia and Guinea are facing, most notably by calling out Band Aid 30’s superstar charity single “cringeworthy.” 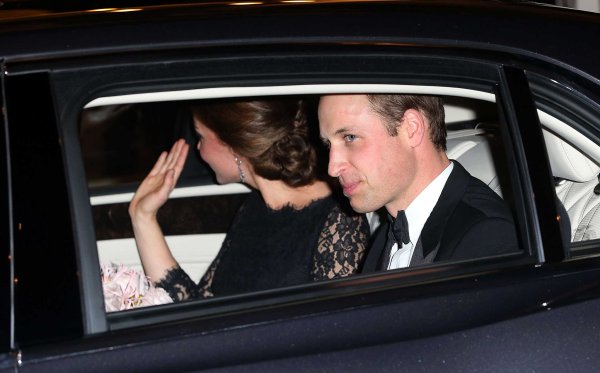 Will and Kate Arrive in U.S.
Next Up: Editor's Pick